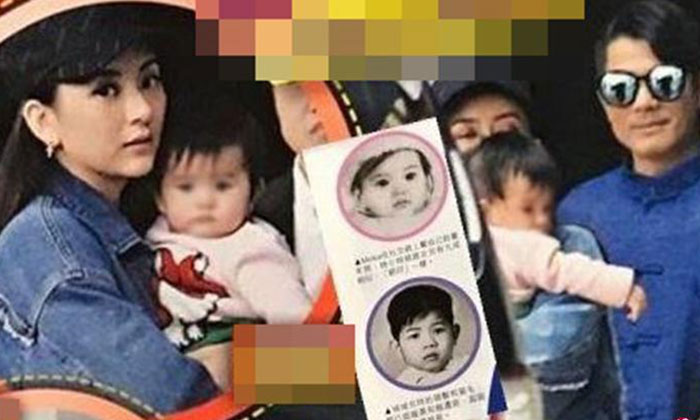 Aaron arranged for a seven-seater car to ferry his wife and in-laws to a restaurant at The Peninsula Hong Kong Hotel.

In front of family members, friends, and colleagues, Moka was seen carrying her daughter, with Aaron following her, reports Shin Min Daily News.

From the first impression, Chantelle's thick hair and eyebrow resemble her father’s.

Her large eyes and small mouth resemble her mothers, and placed beside Moka’s childhood photo, it can be said that Chantelle is a literal carbon copy of her mother.