Aaron Kwok finally confirms birth of his child after 2 weeks 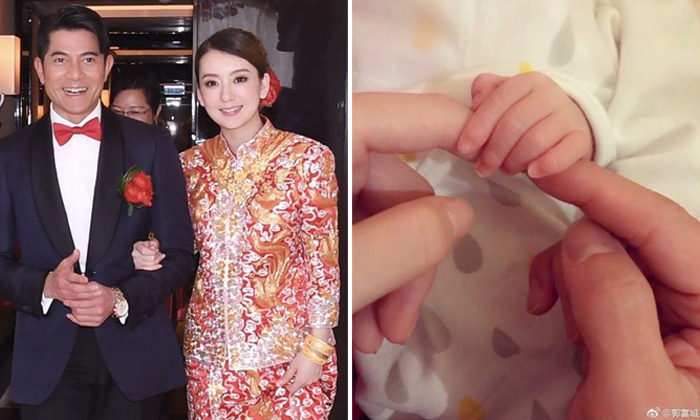 Heavenly King Aaron Kwok, 51, officially confirmed the birth of his child, more than two weeks after it was first reported by the media.

It was widely reported that his model wife Moka Fang, 30, had delivered a girl in Hong Kong on Sep 1.

On Friday (Sep 22) at 10.56am, he posted on Weibo a photo of baby's hand holding on to two adult fingers and wrote: "Happy, amazing, grateful! Us three! Grow, family, protect!"

Another picture showed an illustration with the text: "Welcome little one".

Kwok has reportedly been keeping silent about his private life because his mother had urged him to "protect his own family well".

He was quoted as saying: "I know everyone wants to care about me, but I respect my mother's opinions."