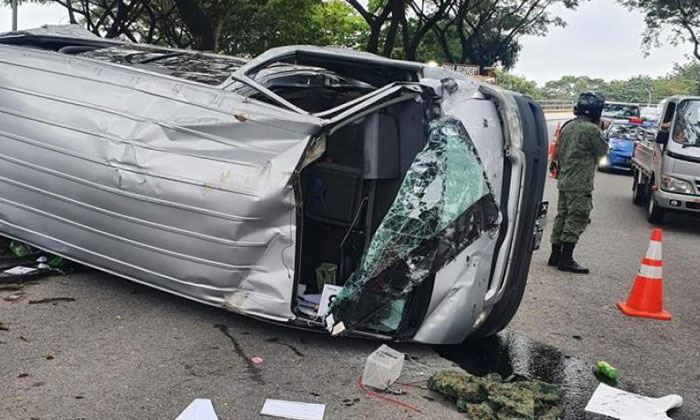 A school bus allegedly went out of control and overturned along a Central Expressway slip road into Seletar West Link at around 8.10am on Monday (Feb 7).

The nine people, aged between six and 60, were conscious at the time, the police said.

Photos of the accident show the bus lying on its side with its windscreen shattered and roof dented. Papers were scattered on the road. 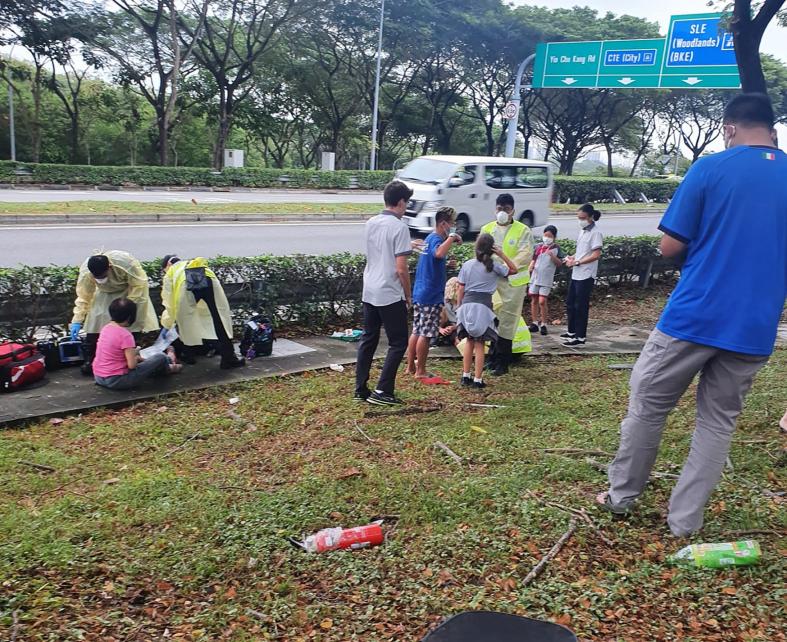 Some passers-by helped the students out of the bus and took them to the side of the road. PHOTO: SHIN MIN DAILY NEWS

A man who wanted to be known only as Mr Zhang, 42, told Shin Min that the driver and the students had minor cuts and bruises on their heads, faces and limbs.

"The children were trembling with fear," he added.

He said that some passers-by helped the students out of the bus and took them to the side of the road.

They also placed toilet paper and a military uniform on top of oil that had leaked out of the vehicle, to prevent it from igniting.

The Straits Times has contacted XCL World Academy for comment.

School bus flips onto side along CTE, driver & children taken to hospital. The bus blocked off one lane along the slip...