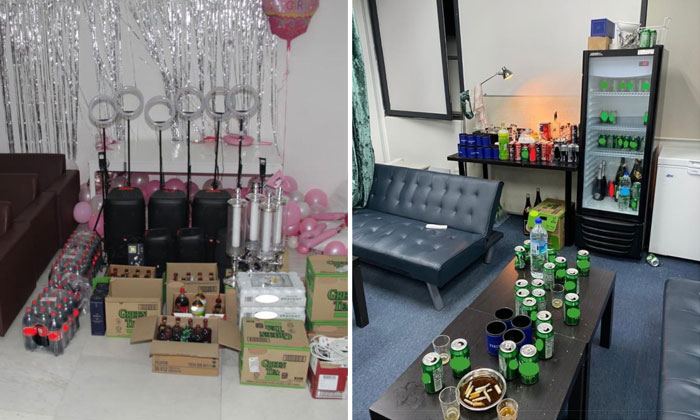 A total of 70 people are being investigated for allegedly not complying with safe-distancing measures.

The police said in a statement that while attending to a case of dispute at an industrial unit along Kaki Bukit Road on May 7, there was loud music coming from another unit.

Nine men and six women, aged between 20 to 42 years old, were allegedly found drining and singing inside the unit. 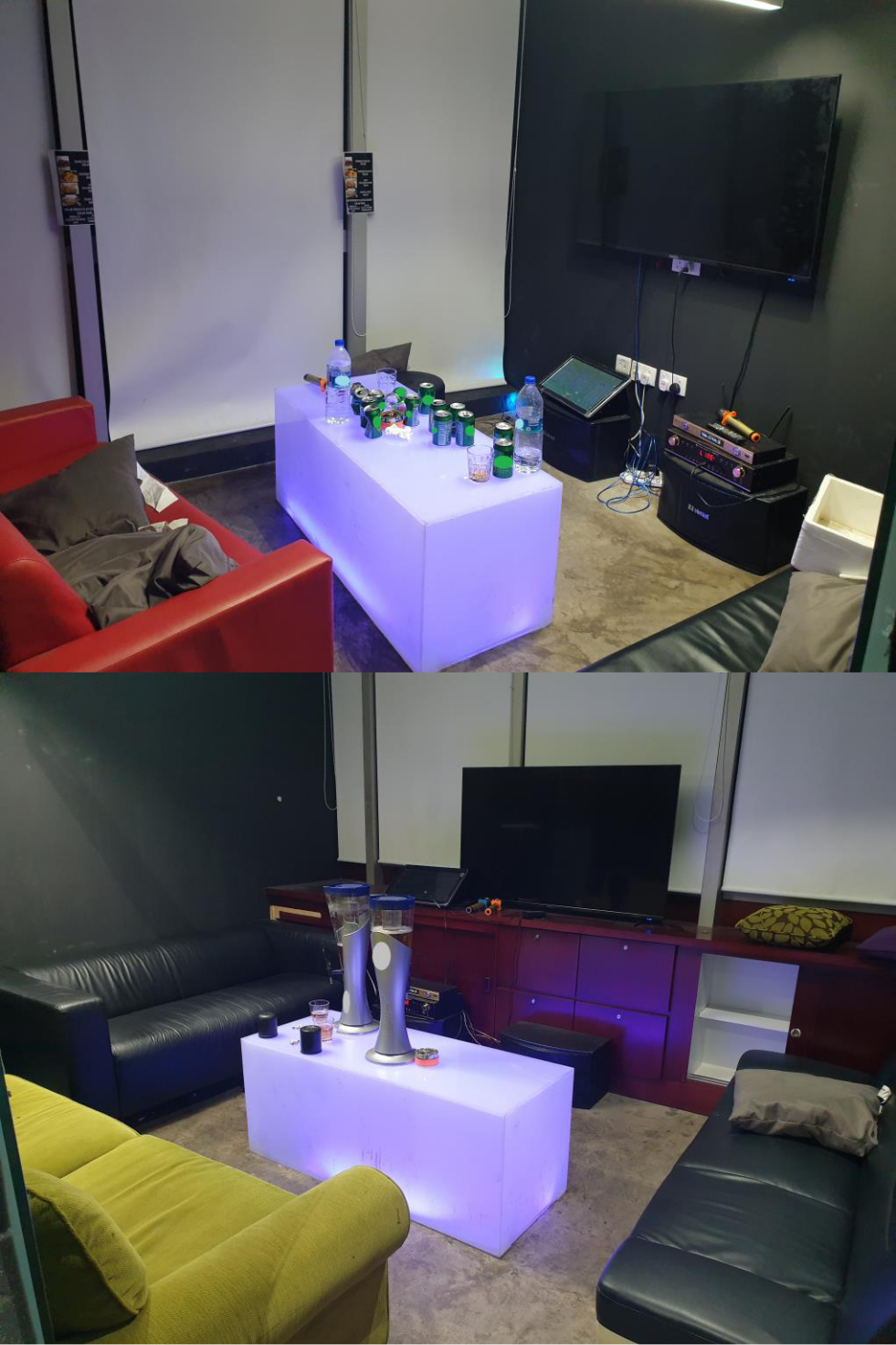 Scene photos from the industrial unit along Kaki Bukit Road

In a separate incident on the same day, the polcie received information on a gathering at a residential unit along Greenwood Avenue. 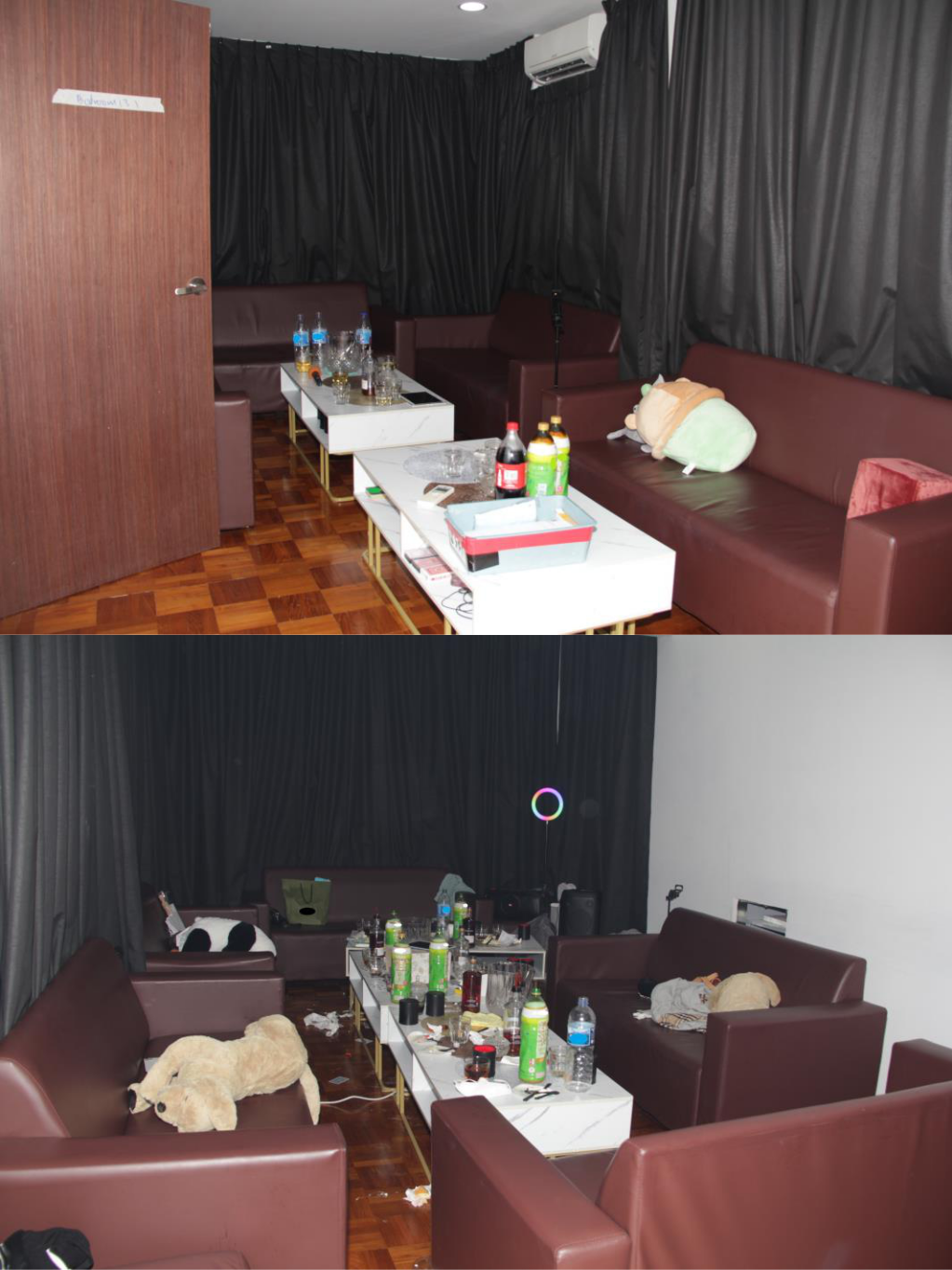 Scene photos from the residential unit along Greenwood Avenue

When officers arrived, 19 men and 10 women, aged between 15 to 41, were found allegedly mingling, drinking and singing inside the unit.

One of the men, a 23-year-old, had purportedly repeatedly hurled vulgarities at the police officers and was arrested for using abusive language towards a public servant.

A 40-year-old man was found to be in possession of substances believed to be controlled drugs and was arrested for offences under the Misuse of Drugs Act.

The police received information on May 14 about a gathering in an office unit along Jalan Bukit Merah. 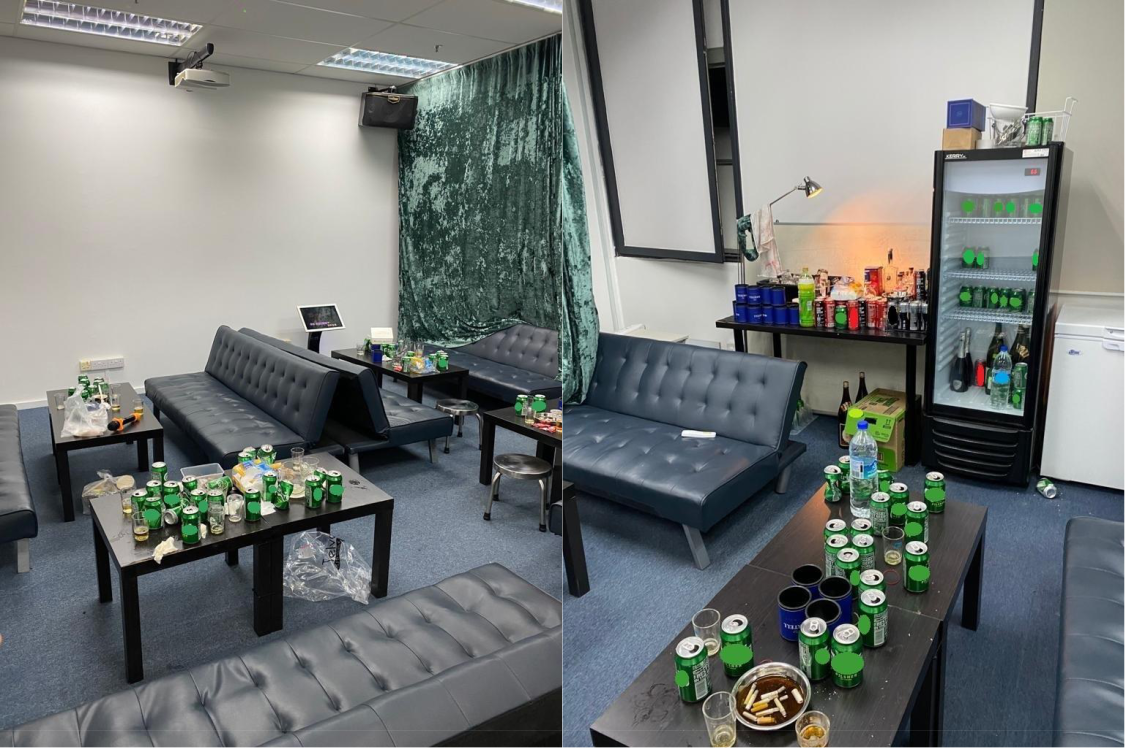 Scene photos from the industrial unit along Jalan Bukit Merah

When officers arrived, 19 men and 7 women, aged between 24 and 56, were found allegedly mingling, drinking and singing inside the unit.

For all three incidents, public entertainment and liquor were believed to be supplied without a valid licence.

The police are investigating the operators of all three units for offences under the Public Entertainments Act and Liquor Control (Supply and Consumption) Act 2015.

The offences of providing public entertainment and providing liquor without a valid licence each carry a fine of up to $20,000.

Karaoke equipment, supplies of alcohol and party accessories were seized as case exhibits. 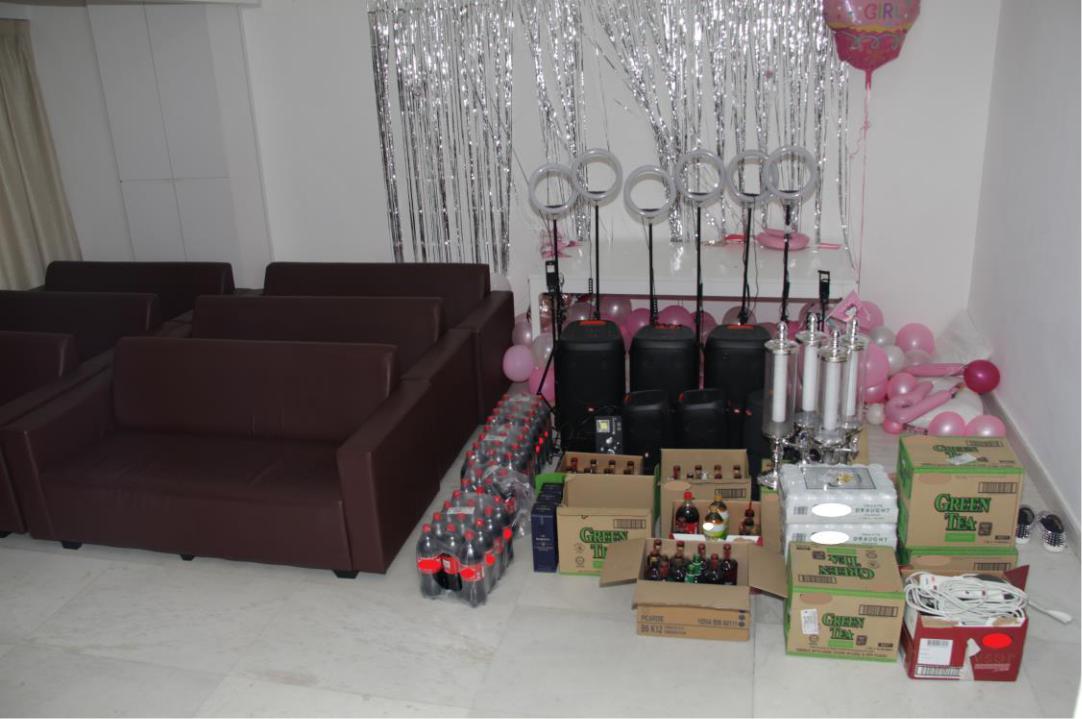 Case exhibits seized from the residential unit along Greenwood Avenue

The offence of using abusive language towards a public servant carries a fine of up to $5,000, a jail term of up to 12 months, or both.

The police said they will continue to take tough enforcement action against crime. Those found engaging in illicit activities will be dealt with in accordance with the law.

Related Stories
Woman who refused to wear mask at MBS being investigated: 'If you have no badge, why ask me to do something?'
Covid-19 rules tightened again: No dining in, social gatherings capped at 2 pax from May 16
Police arrest man accused of using racial slur, kicking 55-year-old woman in Choa Chu Kang
More About:
arrested
Covid-19
singing
drinking