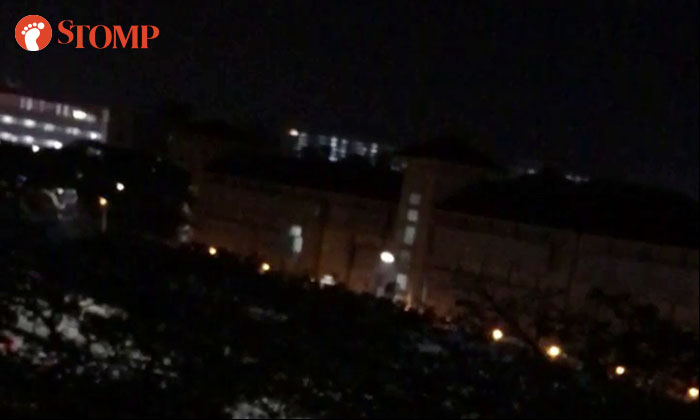 Seven residents from the Singapore Boys' Home (SBH) were arrested on Tuesday night (Sep 10) for unruly behaviour which included flipping beds in their dormitories and throwing objects out of their rooms.

Stomp was alerted to the incident by Stomper Apid who lives near the SBH, at Block 181A Boon Lay Drive.

"Banging, shouting and screaming could be heard across the street from the SBH," he said.

"It started at about 10pm and carried on until about 1am.

"It was difficult to sleep with all the noise."

Apid added that he hears a commotion coming from the boys' home once every few months.

In response to a Stomp query, the police said they received a call for assistance at the SBH, in accordance with SBH's protocols, at about 10.05pm.

"On police’s arrival, seven residents from three dormitories were behaving in an unruly manner, flipping the beds in their dormitories, throwing objects out of their rooms and making a loud ruckus in the process," a police spokesman said.

"Some even damaged the televisions and basins in the rooms.

"There were no injuries.

"Police arrested the seven residents and the SBH was returned to normalcy within two hours."

The police are investigating the incident.

A Ministry of Social and Family Development spokesman told Stomp in a statement: "An incident involving unruly behaviour and vandalism occurred in the Singapore Boys’ Home (SBH) on 10 September 2019.

"Police was called in accordance to SBH’s protocols.

"No one was injured and the situation at SBH was stabilised within two hours.

"SBH will continue to assist the Singapore Police Force in their investigations.”