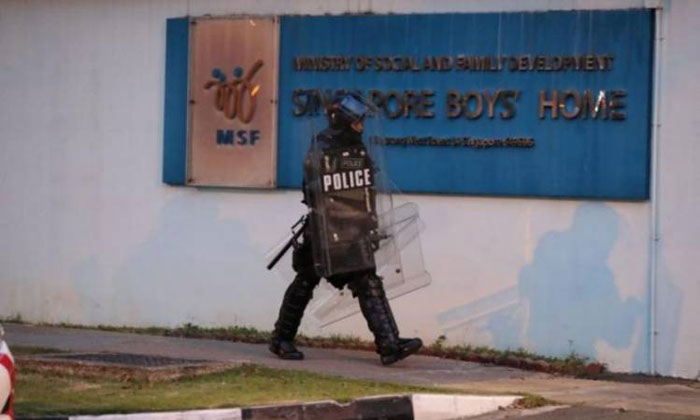 Seven residents from the Singapore Boys' Home, aged between 14 and 17, have been charged with rioting with weapons on Saturday morning (Sep 29), said Minister for Social and Family Development Desmond Lee.

In a previous report, 14 residents were arrested on Friday (Sep 28) night for rioting and two male staff, understood to be youth guidance officers, and an auxiliary police officer were taken to Ng Teng Fong Hospital with minor injuries.

According to The Straits Times, a Ministry of Social and Family Development (MSF) spokesman said on Saturday that the other seven residents are assisting the police with investigations.

On Friday, the police said they received a call for help at 5.51pm. The MSF spokesman said the police were contacted for help as part of the home's protocol for mass disturbances.

"A group of boys in the Singapore Boys' Home was alleged to have behaved in an unruly manner after playing sports and assaulted two Singapore Boys' Home staff and an auxiliary police officer," said the MSF spokesman. The family members of the 14 residents were notified of their arrest.

The facility was also locked down by the police and staff from the home, added the spokesman.

The Singapore Boys' Home is a juvenile residential home run by the Ministry of Social and Family Development. It houses at-risk young people aged between 12 and 19 who might also have been in trouble with the law.

The police said they are investigating the incident, and MSF said the home is assisting with investigations.