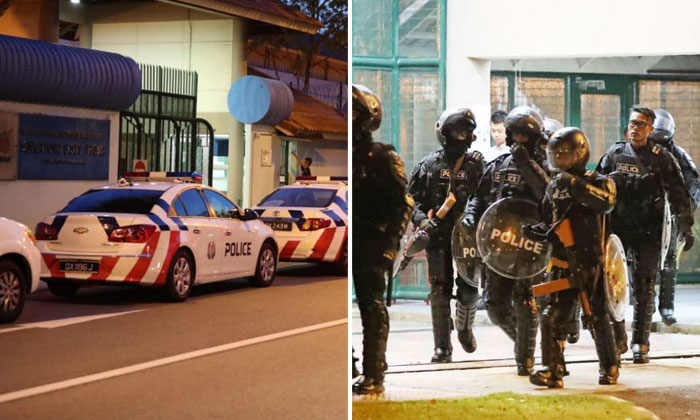 Fourteen residents from the Singapore Boys' Home were arrested for rioting on Friday evening (Sep 28).

The police said they received a call for help at 5.51pm.

They are investigating the incident.

When The Straits Times (ST) arrived outside the home along Jurong West Street 24, they saw more than 15 police vehicles and 10 police bikes there. 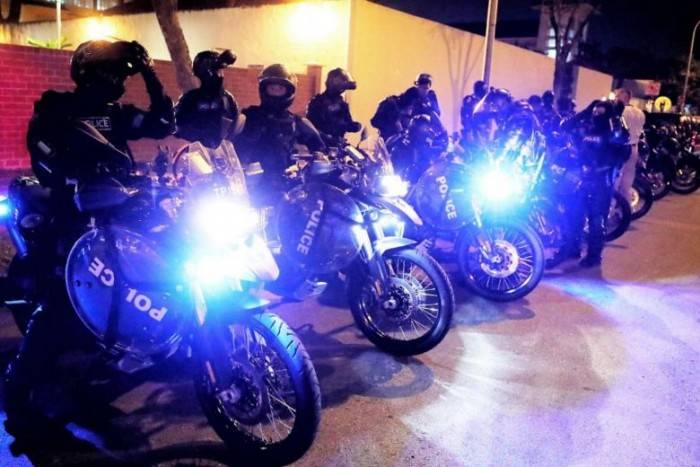 The Singapore Boys’ Home is a juvenile residential home run by the Ministry of Social and Family Development. It houses at-risk young people aged between 12 and 19 who might also have been in trouble with the law.

A witness, Mr James Tan, told ST he heard shouting near the main gate of the home.

The 70-year-old said: “At about 6pm, just as I was cycling past the entrance, I saw police officers rushing to enter the Boys’ Home. The shouts came from boys inside the premises and they seemed to be directed at the policemen.”

He added: “It’s quite normal to see a few police cars parked outside the home whenever there’s small trouble with the residents. But the sight of so many police vehicles tonight can only mean there’s a big problem.”

In 2016, 26 youths from the home were arrested for unlawful assembly when they barricaded themselves in their rooms. Residents nearby heard groups of boys shouting vulgarities and making banging sounds which went on for hours.