69-year-old woman dies after being hit by car in Hougang, driver says he had 'no time to react' 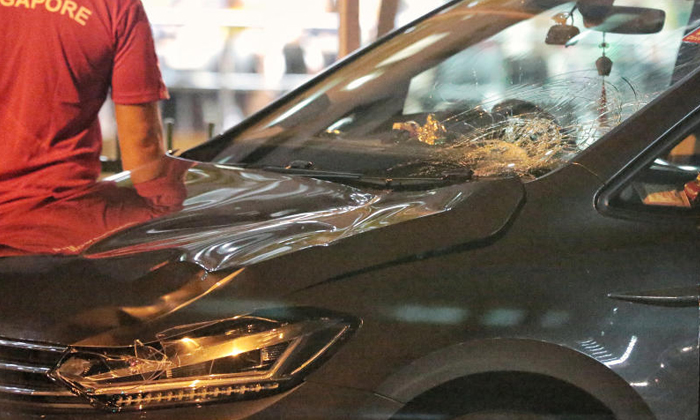 A 69-year-old pedestrian died from her injuries after getting hit by a car along Hougang Avenue 8 on Monday night (April 1).

The police, who were alerted to the accident at 9.58pm, said the 33-year-old male car driver was arrested for causing grievous hurt by a negligent act.

The elderly woman, identified as Mdm Chen, was unconscious when taken to Tan Tock Seng Hospital and succumbed to her injuries the following day.

According to Shin Min Daily News, Mdm Chen had been crossing the road near Xinmin Primary School when she was hit by a grey car.

Based on the car's dented front, as well as its broken windscreen and left headlight, the impact of the collision is believed to have been significant.

An eyewitness told Shin Min that Mdm Chen, who was clad in red, was sent flying after the accident and bled from her forehead.

Although she was still breathing at that time, she remained unresponsive to passers-by who checked on her.

When interviewed by reporters at the scene, the car driver said he saw Mdm Chen running across the road but could not react in time.

He also said that he always drove carefully when travelling along the aforementioned road, adding that he had exited his car to check on Mdm Chen after the accident, before calling the authorities.