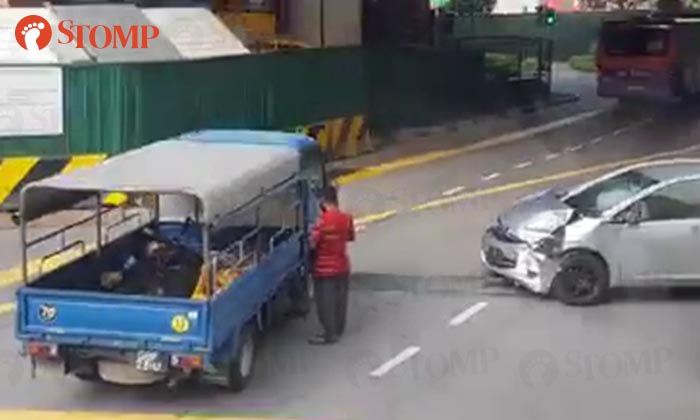 A 62-year-old man was taken to a hospital after a traffic accident, involving a car and a lorry, happened at the junction of Shenton Way and Keppel Road.

Stomper James shared a video with Stomp of the accident that occurred on Tuesday morning (July 16).

From the video, a blue lorry and a silver car are in the middle of a road as two people in yellow vests help a man off the rear of the lorry.

Another man in a red top is standing between the lorry and the silver car, where the latter's hood is visibly dented.

The video was also published on a Facebook page, SG Road Vigilante.

A Facebook user, Syrz Ndrdn, reshared the video on her profile while asking for eye-witnesses to send her a personal message. 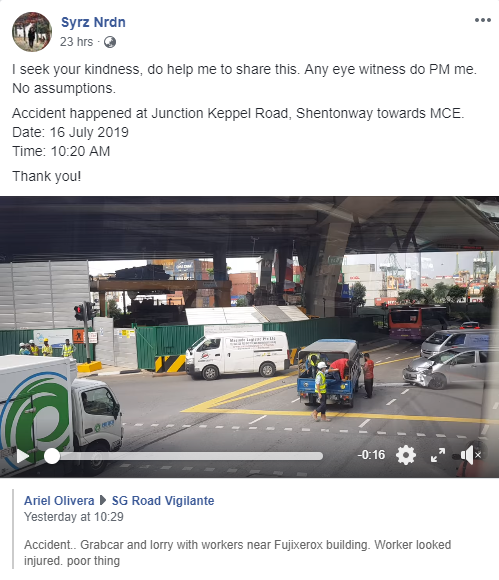 In response to a Stomp query, the police said: "On July 16 at 10.26am, the police were alerted to an accident involving a car and a lorry at the junction of Shenton Way and Keppel Road towards MCE.

"The car driver, a 62-year-old man, was conscious when conveyed to Singapore General Hospital.