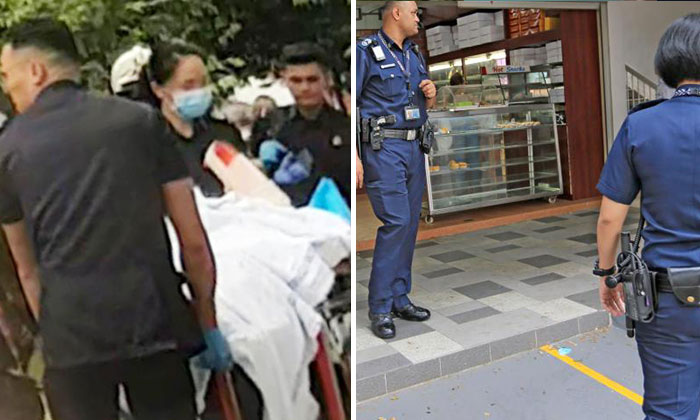 A 61-year-old bakery employee got her hand trapped in a machine, and was freed after rescue efforts by the Singapore Civil Defence Force (SCDF).

An employee of a nearby stall, Mr Chen, 30, told reporters that he was shocked to see SCDF officers rushing into the bakery.

“We followed the officers and realised that they were rushing to the bakery.

“At first I thought that there was a fire.

“I only heard from others later that someone’s hand was trapped in a machine.“

According to Shin Min Daily News, the victim had gotten her hand caught in the roller of a dough-kneading machine due to an error while working.

Colleagues who heard the victim’s screams ran over to investigate, and attempted to free her, but to no avail.

The subsequently called for an ambulance.

Mr Chen said that about 15 SCDF officers were present and spent about 45min to free Ms Ye.

In response to media queries, an SCDF spokesman said that officers released the victim’s hand using hydraulic rescue tools and conveyed her in a conscious state to Changi General Hospital.

The hospital was also alerted to be on standby to receive her.