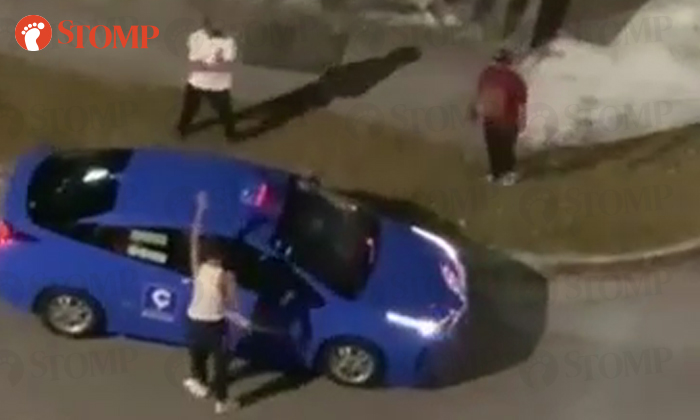 A 61-year-old man was arrested after a drunken tirade in Marsiling on late Thursday night (March 4).

Stomper Suhairi said she noticed the man arguing with a taxi driver outside the Shell petrol station along Marsiling Road, opposite Block 4, at slightly past midnight on Friday.

A video taken by the Stomper shows the man hitting a ComfortDelgro taxi while shouting at another man.

Police officers are later seen speaking to the man at the scene.

In response to a Stomp query, the police said they received a call for assistance at 10 Marsiling Road at 11.52pm on Thursday.

They added: "A 61-year-old man was arrested for causing annoyance to the public when drunk under Section 14(2) of the Liquor Control Act and using abusive language against a public servant."