6 under police investigation after raids at massage outlets 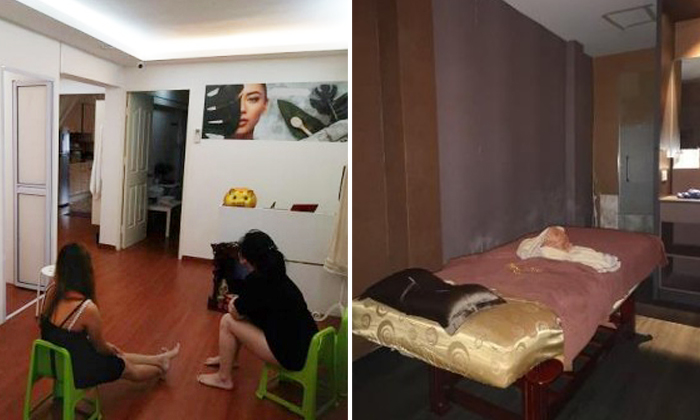 The police are investigating six individuals following enforcement operations on 10 massage establishments between August 26 and September 2.

Six massage establishments were found to have committed various offences under the Massage Establishments Act.

Four outlets were found to have allegedly operated without a valid licence, while vice-related activities were purportedly detected at another two licensed massage establishments.

Police investigations against six persons, including the operators, are ongoing.

Under the Massage Establishments Act, those found carrying on a business of providing massage services in an establishment for massage without a valid licence shall be fined up to S$10,000, face imprisonment of up to two years, or both.

For repeat offenders, the offence carries a fine not exceeding $20,000, or imprisonment of up five years, or both.

The police said they have been conducting regular enforcement operations at massage establishments to suppress vice and other illegal activities.

They added: "The police have zero tolerance for such illicit activities and offenders will be dealt with firmly in accordance with the law."