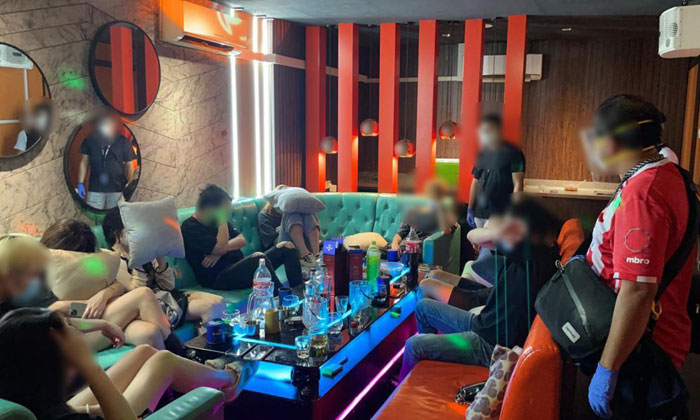 The police are investigating 84 people following islandwide enforcement operations on 76 massage establishments and 78 public entertainment outlets between July 26 and Aug 1.

Fifty people were found in the premises and will be investigated for alleged breaches of Covid-19 measures.

Four men, aged between 26 to 46, are also being investigated for alleged offences under the Public Entertainments Act and Liquor Control Act for their suspected involvement in managing the unlicensed public entertainment outlets.

In addition, a total of 15 massage establishments were believed to have committed various breaches under the Massage Establishments Act and COVID-19 (Temporary Measures) (Control Order) Regulations 2020.

Police officers had found masseuses and customers allegedly not wearing masks during the provision of massage services at two premises.

A 10-day closure order and a fine of $1000 will be issued against these two massage establishments whilst the customers will be fined $300 for breaching Safe Management Measures (SMM).

Investigations against 34 persons, comprising of operators, masseuses and customers are also ongoing.

Under the Massage Establishments Act, those found providing massage services in a massage establishment without a valid licence face a fine of $10,000, jail of up to two years, or both.

For non-compliance with safe distancing measures under the Covid-19 (Temporary Measures) (Control Order) Regulations 2020, offenders can be jailed for up to six months, fined up to $10,000, or both.