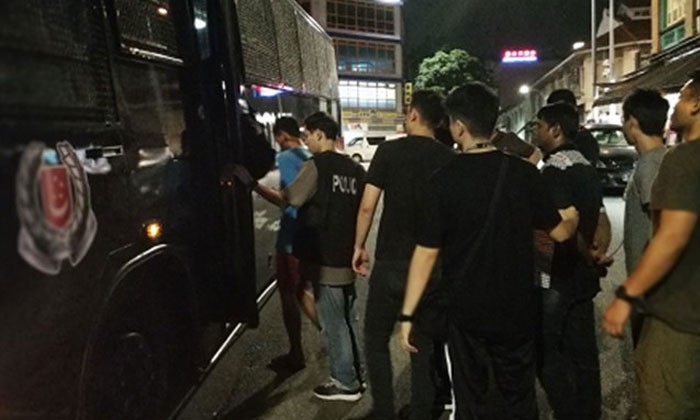 The police have arrested 51 men and seven women in Geylang for various offences in a four-day multi-agency joint operation that ended in the morning of Sep 30.

In a statement, the police said that 45 men and three women, aged between 17 and 77 were arrested under the Common Gaming Houses Act, while two women aged 30 and 43 were arrested for vice-related offences.

Seven men and one woman aged between 23 and 47 were also arrested for various offences which include theft, peddling of contraband cigarettes and illegal health products such as sexual enhancement drugs, cough mixtures and sleeping pills.

The estimated street value of the items seized amounted to about S$19,000.

The operation was led by Bedok Police Division and supported by officers from the Singapore Customs, Immigration and Checkpoints Authority, Central Narcotics Bureau, Criminal Investigation Department and Health Sciences Authority.

Commander of Bedok Police Division, Assistant Commissioner of Police Tan Tin Wee expressed his appreciation to all the agencies involved for their strong support and commended the officers for their professionalism and excellent teamwork which led to a successful operation.