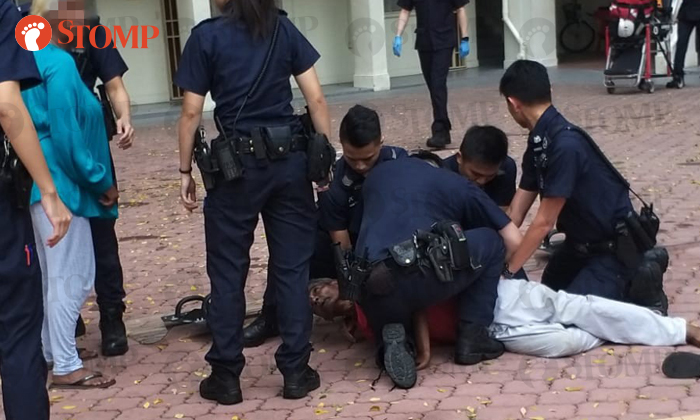 A 55-year-old man was arrested for possession of an offensive weapon at Block 64 Lorong 5 Toa Payoh on Monday afternoon (Nov 11).

Stomper Tan Wei Sien, who lives in the vicinity, said he called the police after witnessing the man wielding a chopper and causing a scene.

Wei Sien told Stomp: "The man was shouting while swinging his chopper here and there.

"He appeared to be drunk.

"I called the police and they arrested him very quickly even though he tried to resist.

"The ambulance was also called just in case."

Photos that Wei Sien sent to Stomp show the man being pinned down on the ground by several police officers.

In response to a Stomp query, the police said they received a call for assistance at 4.58pm and arrested the man for possession of an offensive weapon.