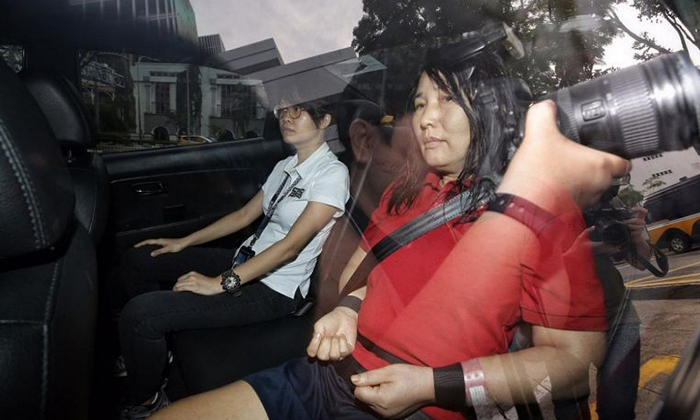 A 54-year-old woman was charged in court on Monday (Oct 28) for the murder of a 63-year-old man believed to be her husband.

The incident happened in the early morning of Deepavali (Oct 27) and was the first out of two murder cases that happened on Sunday.

Appearing handcuffed and in a red polo shirt and dark shorts at the State Courts, Chinese national Wang Shuzhen was accused of killing Mr Teh Hock Pine on Sunday sometime between 5am and 6.02am.

Police said they had responded to a case of unnatural death at Block 633 Ang Mo Kio Avenue 6 at 5.46am that day.

Mr Teh was pronounced dead by paramedics on scene.

A 60-year-old neighbour said he had heard repeated "drum-like banging" coming from the couple's third-floor unit the morning of the incident around 5am.

Neighbours also told ST that the couple had been living at there for about two years. They were often seen going to the hawker centre together and were seen pushing a stroller with a toddler around the estate.

Neighbours also said they had a daughter who is working.