5 taken to hospital after accident involving tipper truck, van and car in Hougang 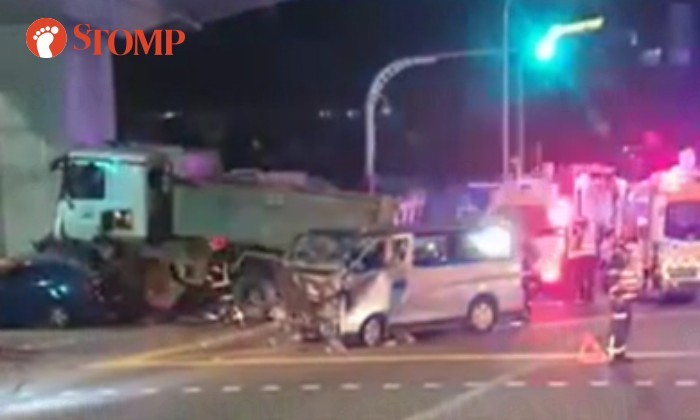 Three drivers and two passengers were taken to hospital after an accident involving a tipper truck, a van and a car at the junction of Hougang Ave 3 and Bartley Road East.

In response to a Stomp query, the police said they were alerted to the accident at 8.19pm.

Stomper Stefanie shared video footage of the accident that was taken as she passed by the scene.

In the video, Singapore Civil Defence Force (SCDF) officers and three ambulances can be seen at the junction.

The front of the van appears completely smashed inwards and the tipper truck seems to have crashed into the rear of the car.