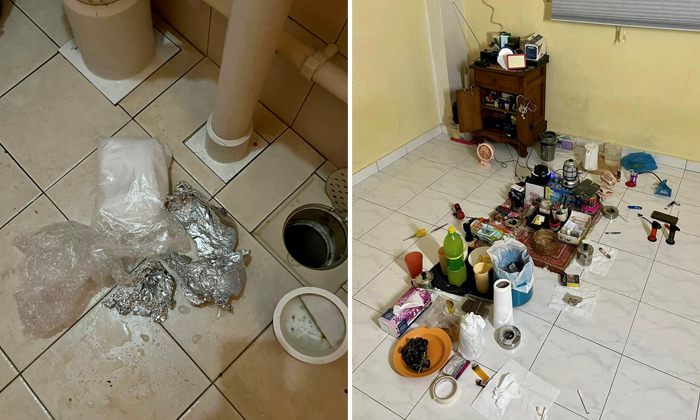 Five Singaporean men, aged between 48 and 58, were arrested for suspected drug activities in a raid by the Central Narcotics Bureau (CNB) on Monday (July 4).

A total of about 1kg of ice, 147g of heroin and 1g of cannabis were seized from a residential unit in Bukit Merah, said CNB on Tuesday (July 5).

The drugs have an estimated street value of $223,000, and 1kg of ice, or crystal methamphetamine, can feed the addiction of about 600 abusers for a week.

CNB officers raided the unit in the vicinity of Jalan Bukit Merah on Monday afternoon. The officers entered by force as the suspected drug offenders refused to open the door.

Officers found another 1,023g of ice, 107g of heroin, 1g of cannabis, as well as various drug-related paraphernalia after they searched the unit.

Investigations into the suspects' drug activities are ongoing, said CNB.

If a person is found guilty of trafficking more than 15g of pure heroin or 250g of methamphetamine, they may face the mandatory death penalty.