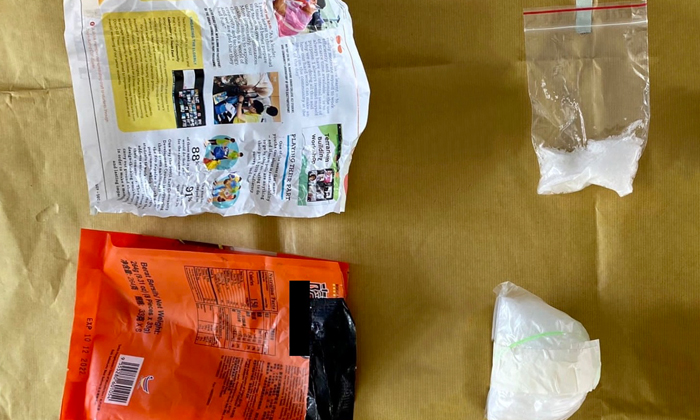 Three men and one woman aged between 61 and 67 were arrested by Central Narcotics Bureau (CNB) officers for suspected drug activities on Friday (April 22).

About 735g of heroin and 254g of methamphetamine or Ice, with an estimated street value of $90,000 were also seized during the operation, said CNB on Sunday.

On Friday afternoon, CNB officers arrested a 61-year-old Singaporean man in the vicinity of Serangoon Road and recovered 245g of Ice hidden in food packaging, and cash amounting to around $3,400.

The other three suspects, a 65-year-old woman and two men aged 65 and 67, all Singaporeans, were arrested in a follow-up operation conducted in the same area.

The other man and the woman were then escorted to their hideout in a private residential estate in the vicinity, where officers seized about 214g of heroin, 6g of Ice and various drug paraphernalia.

CNB said that the amount of heroin recovered during the operation was enough to feed the addiction habit of 350 abusers for a week, while the amount of Ice was sufficient for that of 150 abusers.

A person found guilty of trafficking more than 15g of heroin, or 250g of methamphetamine faces the mandatory death penalty.