Fire breaks out at Texas Chicken restaurant in Causeway Point 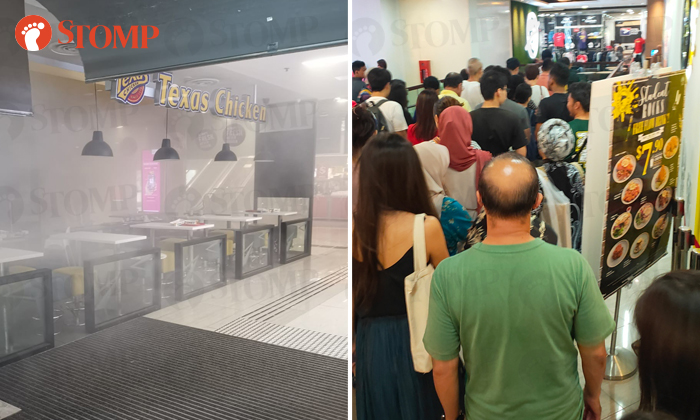 A fire broke out at Causeway Point shopping mall on Saturday evening (Mar 14).

Stomper Shahrul was on the third floor of the mall when he heard a fire alarm at about 6pm.

He said: "Crowds started to appear and everyone evacuated. The firefighters arrived promptly."

The Singapore Civil Defence Force (SCDF) told Stomp that it was alerted to a fire at 1 Woodlands Square at around 6.10pm.

"The fire, which involved a Kitchen Exhaust Duct (KED) in a store, was extinguished by the staff using a hose reel and an extinguisher prior to SCDF's arrival," said an SCDF spokesman.