40 evacuated after fire during wee hours in Clementi: 'It has taken a toll on our well-being' 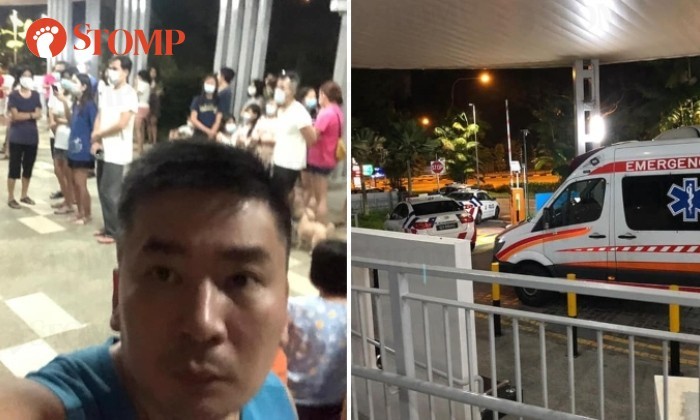 Forty people were evacuated after a fire broke out at Block 416 Clementi Avenue 1 in the early morning of August 11.

Stomper John, a Clementi resident who was also evacuated, alerted Stomp to the incident and sent a link to his Facebook post detailing his experience.

In the post, he shared that his mother woke up at 4.30am and while she was boiling water, the electricity got cut off.

He said: "My mother then went to the main meter to check and nothing seemed to have tripped. But she smelled smoke from outside.

"She quickly woke us up and I escorted my mother, wife, daughter and helper out of the house.

"As I ran back in to get my father, who is 85, I saw smoke coming from another unit. While my father and I were on the way out, I started seeing fire in that same unit.

"I closed our main door and we ran for our lives.

"This has taken a toll on our well-being." 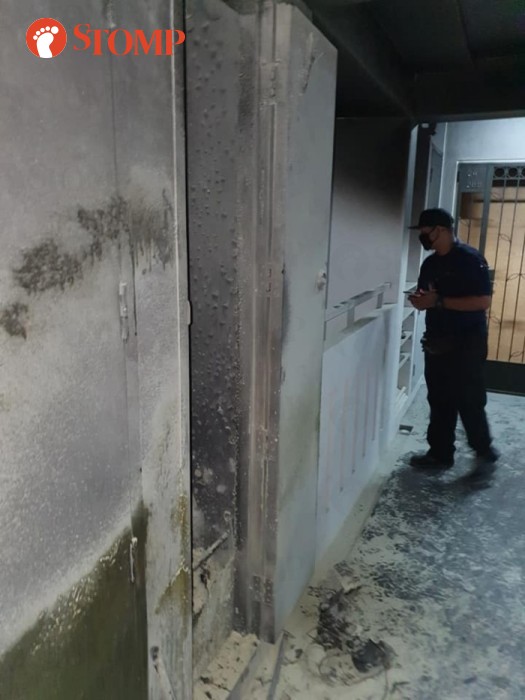 In response to a Stomp query, the Singapore Civil Defence Force (SCDF) said they were alerted to the fire at around 4.50am.

"The fire involved an electrical box along the corridor on Level 24," said a spokesman for SCDF.

"The police evacuated about 40 people from the affected premises.

"SCDF assessed one person for smoke inhalation, and the person subsequently refused conveyance to the hospital.

Stomp also reached out to the Jurong-Clementi Town Council and a spokesman said: "The town council, SCDF, Energy Market Authority (EMA) and Housing and Development Board (HDB) are still investigating the recent fire incident at Block 416 Clementi Ave 1.

"As part of the town council's cyclical maintenance, electrical installations are inspected every six months by our licensed electrical worker for renewal of the electrical license issued by EMA.

"There was no abnormality detected during the last inspection in February this year.

"Regular maintenance of electrical equipment and installation are also carried out regularly to ensure that they are fit and safe for operation.

"Nevertheless, our licensed electrical worker is looking into the feedback on the power outage problem.