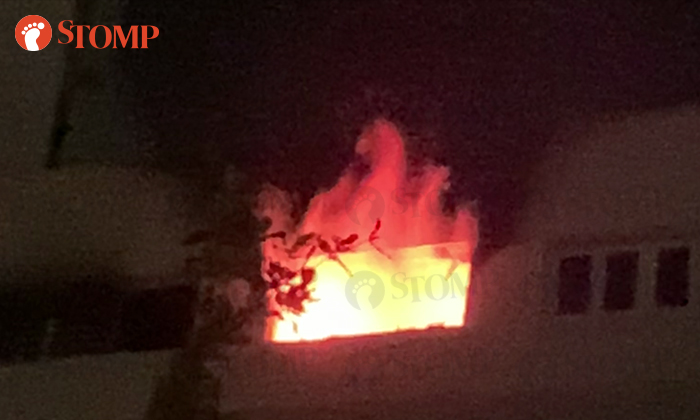 A resident suffered minor burn injuries after a fire broke out in a flat at Block 412 Eunos Road 5 during the wee hours of National Day (Aug 9).

The Singapore Civil Defence Force (SCDF) was alerted to the blaze on a 11th-floor unit at around 3.50am, they told Stomp in response to queries.

The fire, which involved the contents of a bedroom, was extinguished by the SCDF using one water jet.

Two people self-evacuated from the affected unit, while the police evacuated around 60 residents from the neighboring units on the 10th and 11th floor as a precautionary measure.

The neighbours all subsequently returned to their homes.

An SCDF spokesman said: "One person from the affected unit suffered minor burn injuries and was attended to by our paramedic.

"The person subsequently refused conveyance to the hospital."

SCDF vehicles can also be spotted at the scene.