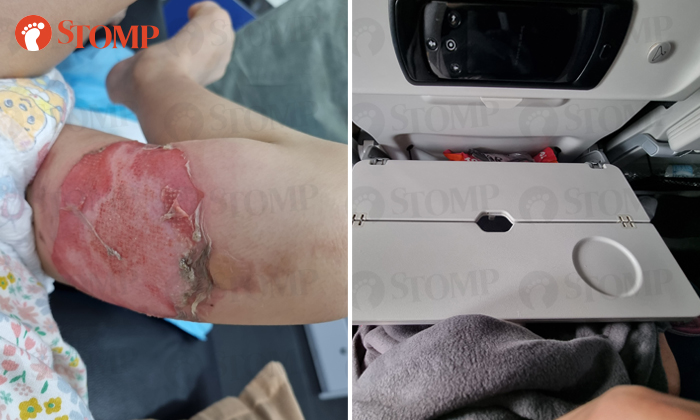 A four-year-old girl was scalded by a cup of boiling hot tea that got accidentally knocked off a dining tray on a plane.

Stomper Lim said the incident happened when her family of three was on a Qatar Airways flight from Doha to Singapore on April 28, at around 5am.

She recounted: "We were sleeping when a flight attendant came to serve us beverages, so I requested for tea.

"I was still sleepy and a bit blur when the flight attendant served the boiling hot tea, and I placed the tea in my dining tray's cup holder.

"The moment I tried to sit up, my leg accidentally slightly hit the foldable outer tray and the whole cup of hot tea spilled on my daughter's leg while she was still asleep.

"Both her legs were severely burned by the hot tea and she cried for an hour.

"The flight attendant gave us a first-aid kit with bandages and burn cream to attend to our daughter ourselves.

"Once the plane arrived in Changi Airport, an assigned buggy sent us to Raffles Clinic inside the transit area. There was a 20-30 minute wait at the clinic due to a shortage of doctors and nurses.

Lim said she would like to caution fellow parents and passengers about what she feels is a badly designed dining tray. 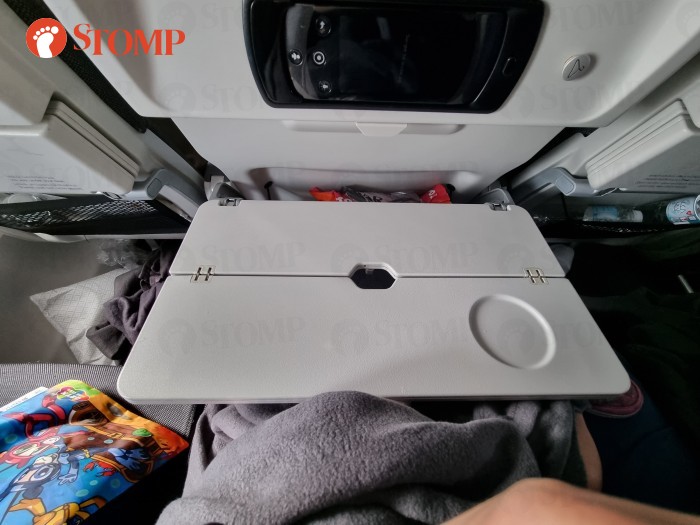 The Stomper explained: "If the cup holder had been on the inner side of the tray, the tea would probably have spilled on the floor instead of on my daughter.

"It doesn't make sense to put the cup holder on the bottom right of the tray, especially when the tray is designed in a manner that allows it to be folded in half. It's very easy to spill your drink and dangerous for everyone who requests for hot beverages.

"I looked up tray designs on other flights operated by Qatar Airways, but none were designed like the ones on my flight (an Airbus A350)." 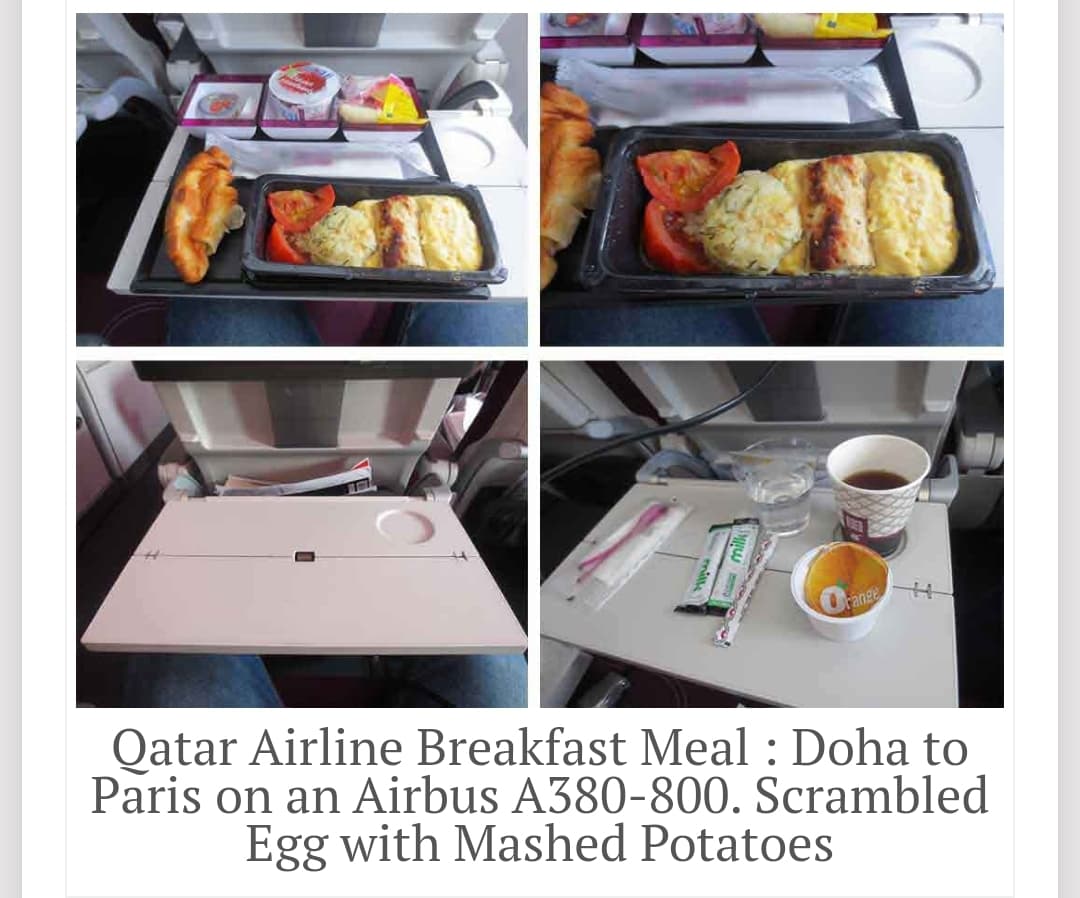 Photos showing the dining tray on another Qatar Airways flight, which Lim feels is a safer design

Lim told Stomp on Monday (May 9) that she has provided feedback to the airline about the matter, but is still awaiting a proper explanation.

She added: "I only received a customer service email from them saying that they will investigate the case. I hope this will raise awareness and that Qatar Airways can give me a good explanation on the tray design."