Girl, 3, suffers deep cut on face after attack by pet peacock in Serangoon 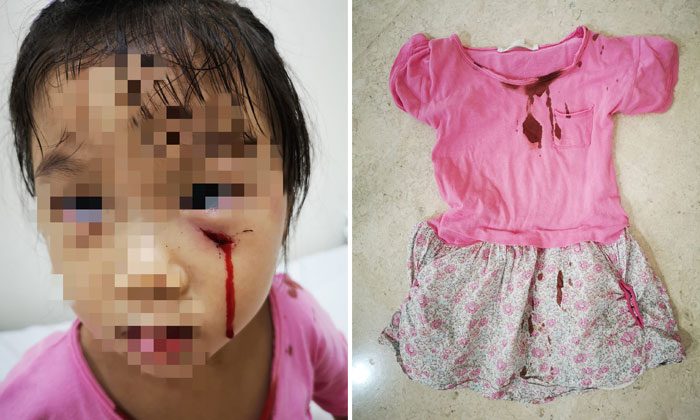 A three-year-old girl was badly cut on her face after she was attacked by a pet peacock in Serangoon on Sunday (Nov 28).

The girl was on her way home from a playground at Haus Park, in Serangoon Garden, with her brother and father when she stopped outside a house to look at the peacock, her mother wrote in a Facebook post on Wednesday.

The peacock is then said to have charged out and attacked the girl.

Speaking to The Straits Times, the girl's father, Mr Joo Han, who is in his early 40s, said: "I saw the peacock take two initial steps, wanting to charge towards her, so I rushed towards my daughter and tried to carry her.

"I scraped my left knee and elbow on the pavement while holding my girl and shielding her, and hitting the peacock with my right arm. It charged towards us a few times."

The owner of the peacock came out of the house soon after and pulled the bird back by its tail, added Mr Han, who is not working.

"I was shocked because we often see peacocks walking around in the zoo or Sentosa so I had no idea it could be this aggressive," he said.

The girl's mother, Madam Kris Chan, 44, wrote on Facebook that her daughter had to be put under general anaesthesia for the wound to be stitched up.

The housewife also posted four pictures of the cut on her daughter's face as well as her blood-stained clothes.

Mr Han said his daughter, who still has the stitches on her face, is recovering well. 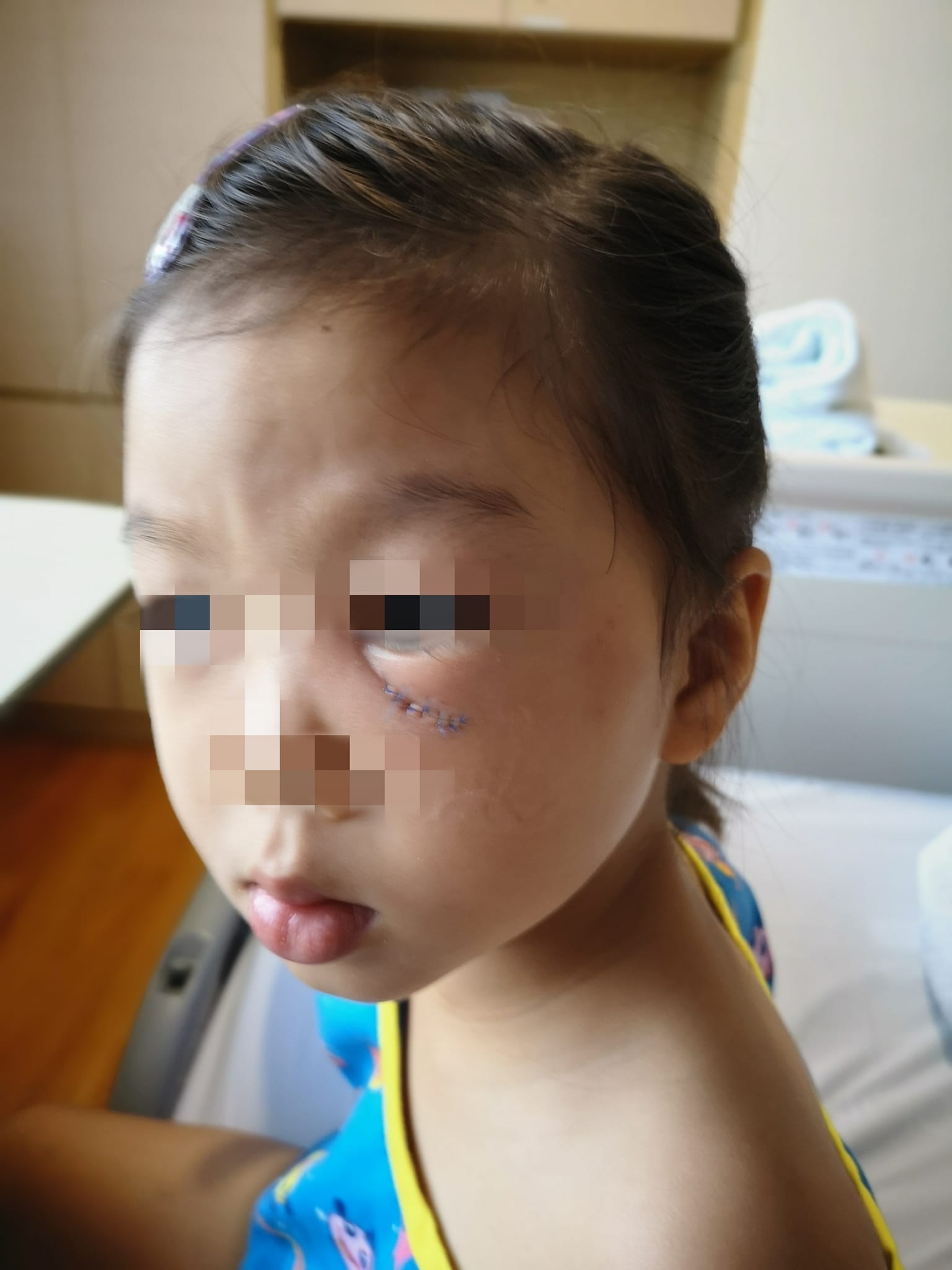 The girl had to be put under general anaesthesia for the wound to be stitched up. PHOTO: KRIS CHAN/FACEBOOK

The National Parks Board (NParks) said on Wednesday that it is investigating the incident.

“We take all such incidents seriously and will investigate all feedback received,” said Ms Jessica Kwok, group director of community animal management at Animal and Veterinary Service (AVS), a cluster under NParks.

NParks did not answer queries on whether keeping a peacock as a pet is allowed.

When ST went to the house where the girl was attacked, no one answered the doorbell and the gate was shut. There were statues of various birds on display on the walls surrounding the house and squawking birds could be heard rattling cages.

Neighbours said the attack came as a shock, as they had not heard of the peacock behaving violently previously. It was estimated to be about 2m long.

"In the evenings, the owner would open the gate and the peacock would walk around, sometimes even on the road. Many people would stop and take pictures of it, especially when it had its feathers spread," said a neighbour who declined to be named.

The chairman of the Nature Society's bird group, Mr Tan Gim Cheong, told ST that peacocks can be aggressive creatures, noting how he knew of incidents where they attacked cars in Sentosa.

"They might attack anything that is striking or prominent to chase away what they believe is intruding on their territory," said Mr Tan.

He advised members of the public who come across a peacock to observe the bird's behaviour.

"If it is staring at you and giving you a lot of attention, it might want to charge, so it's better to just steer clear," he added.

Some of you would've seen my ig/fb stories a few days ago and known of the tragic incident that happened to our little...