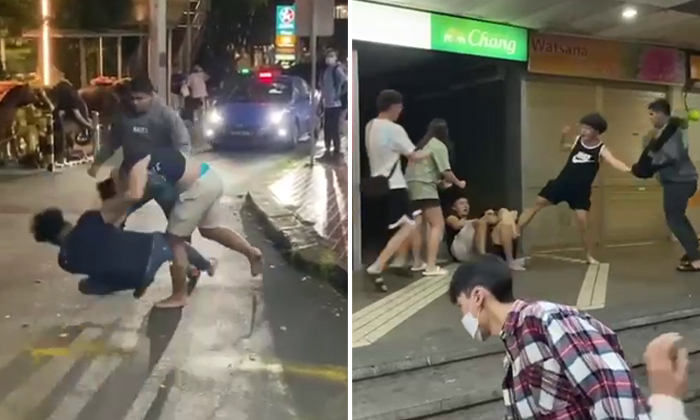 Four men were arrested after a fight broke out near Golden Mile Complex in the early hours of Thursday (April 14).

In response to a Stomp query, the police said they were alerted to the incident at 5001 Beach Road at around 2.40am.

"Of the four men arrested, a 22-year-old man was conscious when conveyed to hospital."

If convicted for affray, offenders may face up to one year in jail and/or a $5,000 fine.

Business owners at the Golden Mile Complex said fights break out frequently at the location, reported The Straits Times. The building, often described as Little Thailand, is home to several bars.

Just last year, two men were caught on camera beating up another man in an incident in August. Separately in May, a man was seen verbally abusing and assaulting police officers while being questioned over a fight.