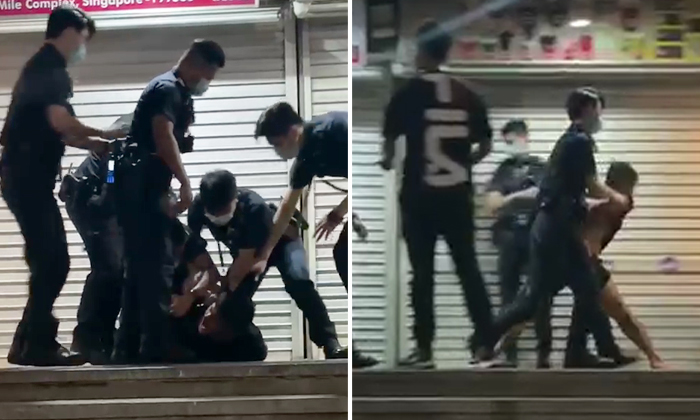 A 22-year-old man was arrested for multiple offences following a fight that broke out at Golden Mile Complex on Friday night (May 14).

Several readers alerted Stomp to a video that has been circulating online, showing the man hurling vulgarities at police officers while they restrained him.

The man can be seen resisting violently and being pinned down by officers. He continued struggling even while being taken away by the police.

In response to a Stomp query, the police said they were alerted to a fight at 5001 Beach Road at 10.56pm.

When police officers arrived, there were no longer signs of a fight.

While officers were interviewing a 22-year-old man believed to be involved in the dispute, he allegedly hurled vulgarities at the officers, shoved an officer, and assaulted another officer.