2 men arrested after beating up guy at Golden Mile Complex 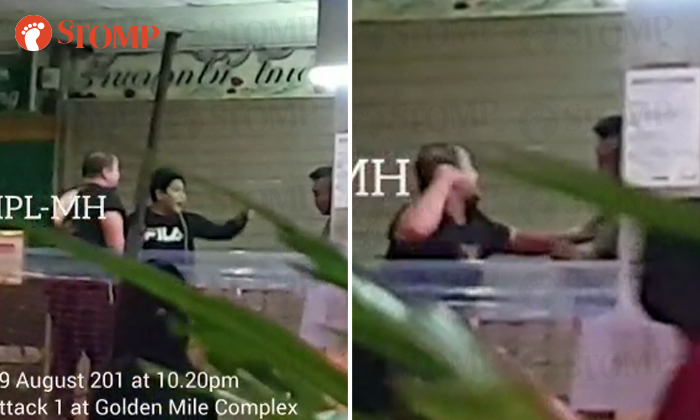 Two men were arrested for public nuisance after they were caught on camera assaulting another man at Golden Mile Complex on Thursday night (Aug 19).

Stomper Haz witnessed the incident at around 10.20pm and took a video.

In the video, two men can be seen repeatedly punching a third guy and hurling Hokkien vulgarities at him.

Haz told Stomp: "The three men left afterwards. The police and ambulance arrived a few minutes after they left.

"The man in the FILA top was detained by the police first, while the other assailant tried to flee the scene via a white BMW.

"I alerted police officers, who immediately stopped the BMW and detained the other guy."

In response to a Stomp query, the police said they were alerted to a fight at 5001 Beach Road at 10.20pm.

Two men, aged 28 and 39, were arrested for public nuisance.