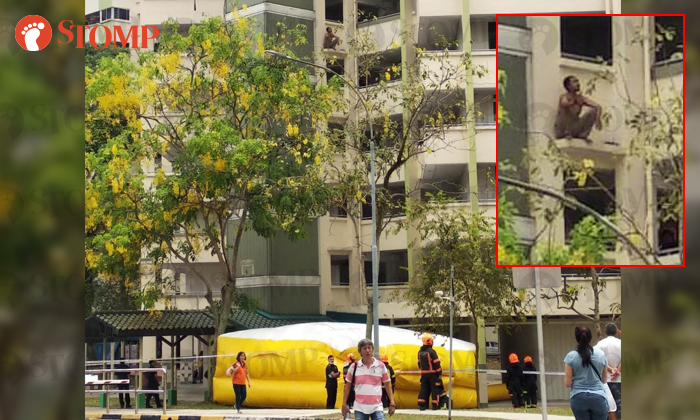 A 37-year-old man was arrested after being seen squatting on a ledge on the sixth floor of Block 111 Yishun Ring Road on Monday afternoon (Feb 18).

Stomper Esteesky, a resident in the area who noticed the incident at around 1.20pm, said the man was in that position for over an hour.

She told Stomp: "The police, the Singapore Civil Defence Force (SCDF) and its Disaster Assistance & Rescue Team (DART) were all at the scene.

"They were negotiating with the man."

In response to a Stomp query, the SCDF said it responded to the incident at around 12.30pm.

A safety life air pack was deployed at the foot of the block as a precautionary measure.

The police told Stomp that they were alerted to a case of attempted suicide at 12.32pm and arrested the man in relation to the case.