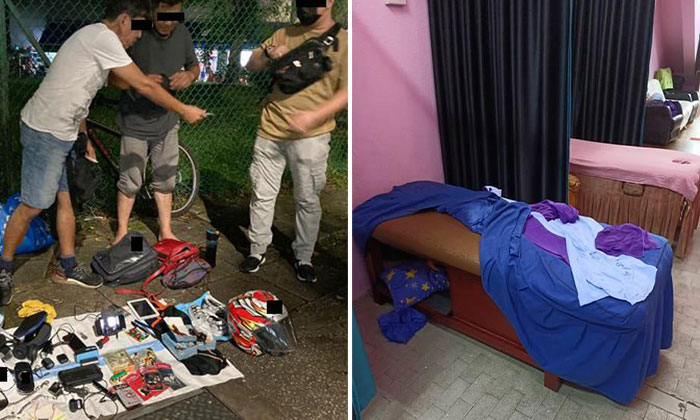 The police are investigating 26 men and 11 women, aged between 24 and 79, for various alleged vices and offences after a week-long enforcement operation in Geylang.

The multi-agency operation was carried out between Mar 28 and Apr 1 and targeted illegal activities in the district.

Two 28-year-old men were arrested for being alleged members of unlawful societies.

A 54-year-old man was also arrested for suspected drug-related offences.

Four men, aged between 24 and 43, were allegedly found to be in possession of substances believed to be unregistered health products including an assortment of cough syrup and sexual enhancement products. 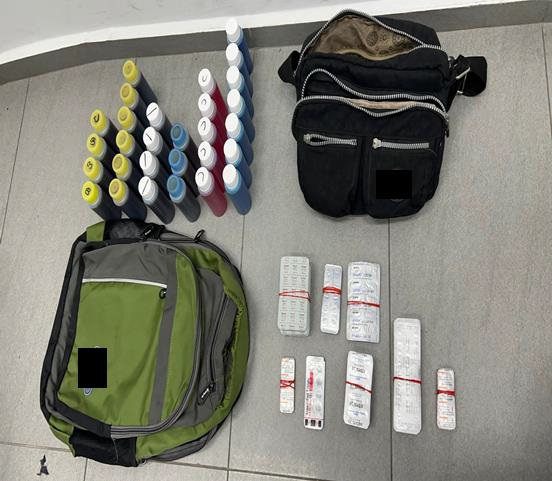 The penalty for importing, manufacturing or supplying unregistered health products is up to two years' jail and/or a fine of up to $50,000.

E-vaporisers and their accessories were also allegedly recovered from one of the men.

Substances with a street value of close to $12,000 were also seized.

It is illegal to import, distribute or sell e-vaporisers and their accessories, or offer them for sale.

Those who purchase, use and possess such items may face a fine of up to $2,000. 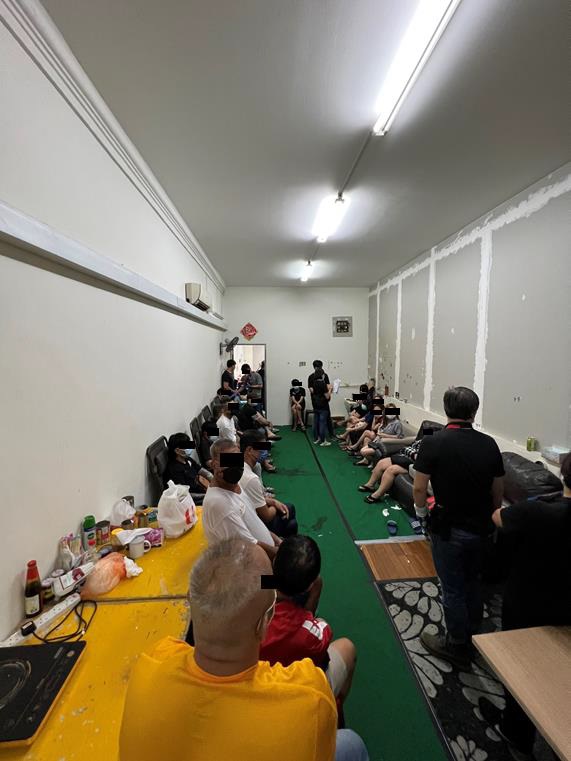 More than $200 in cash, makeshift furniture and various gambling-related paraphernalia were seized.

The offences of assisting in carrying on a public lottery and of bookmaking both carry a fine of between $20,000 and $200,000 and jail of up to five years.

Those convicted of illegal betting can be fined up to $5,000, jailed up to six months, or both.

In raid on two massage establishments along Geylang Road, the police arrested two women, aged 37 and 44, on the suspicion of offering sexual services. 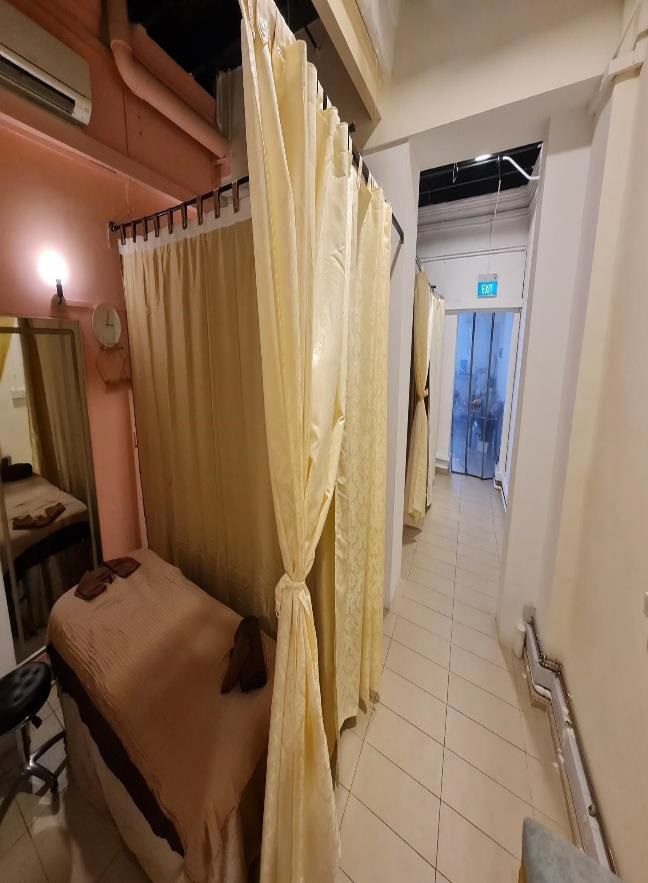 The outlets will also be investigated for purportedly operating as a massage establishment without a valid licence.

Two men, aged 44 and 67, were issued summons for hawking secondhand goods in a public place without a valid licence. 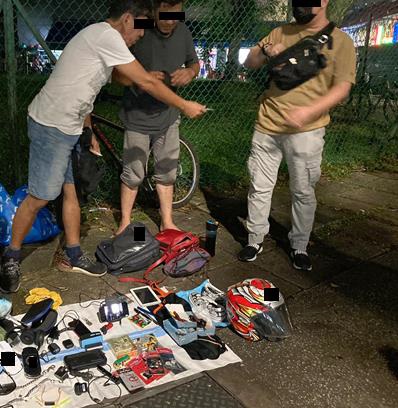 The goods displayed for sale were seized for investigations, the police said.

Officers from the Singapore Customs also caught five men, aged between 24 and 53, in possession of duty-unpaid cigarettes and issued them composition fines of up to $2,500.

A total of 20 sticks of duty-unpaid cigarettes were also seized.

Those who deal or posses duty-unpaid goods can be fined up to 40 times the amount of duty and Goods and Services Tax evaded and/or jailed for up to six years.

Officers from the Land Transport Authority also seized one non-compliant power-assisted bicycle during the operation.

Investigations against all 37 individuals are ongoing.