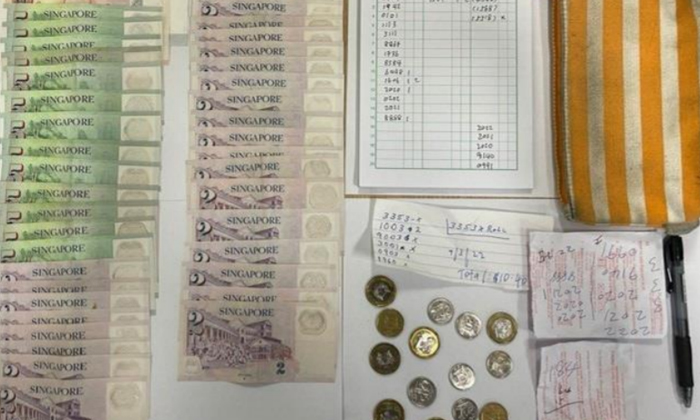 The police are investigating 11 men and one woman, aged between 34 and 80, for their suspected involvement in illegal gambling activities.

A 71-year-old woman was allegedly found to have bought a ticket from an 80-year-old man, who had purportedly assisted in carrying on a public lottery.

In addition, two of the three bookmakers are also being investigated for an alleged offence under the Remote Gambling Act 2014.

Cash of more than $470, mobile phones and gambling-related paraphernalia were seized.

The police said they take a serious view against all forms of illegal gambling activities and will continue to take tough enforcement action against offenders in accordance with the law.

Members of the public are advised to steer clear of such activities.