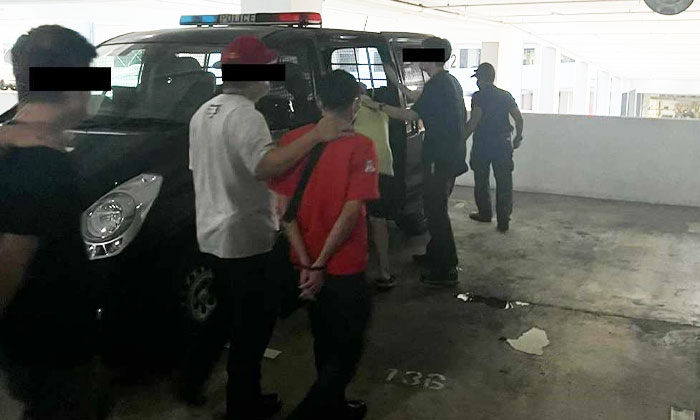 Thirty-four people are being investigated for various offences following a week-long multi-agency enforcement operation in Geylang from Jan 17 to 21.

The police said in a statement on Tuesday (Feb 8) that a total of 19 men and 15 women, aged between 25 and 79, are under investigation.

"During the operation targeting illegal activities and social disamenities at the Geylang Lorongs, three men, aged between 27 and 34, were arrested under suspicion of being members of unlawful societies," the police said.

The police also conducted enforcement operations targeted at vice-related activities at a hotel located along Lorong 22 Geylang and a massage establishment outlet located along Geylang Road.

A total of 10 women, aged between 32 and 48, were arrested for offences under the Women’s Charter.

A  purported unlicensed ‘KTV-concept’ outlet was detected at a commercial unit located along Geylang Road.

A total of five men and four women, aged between 25 and 47, were allegedly found singing karaoke and consuming liquor within the unit. 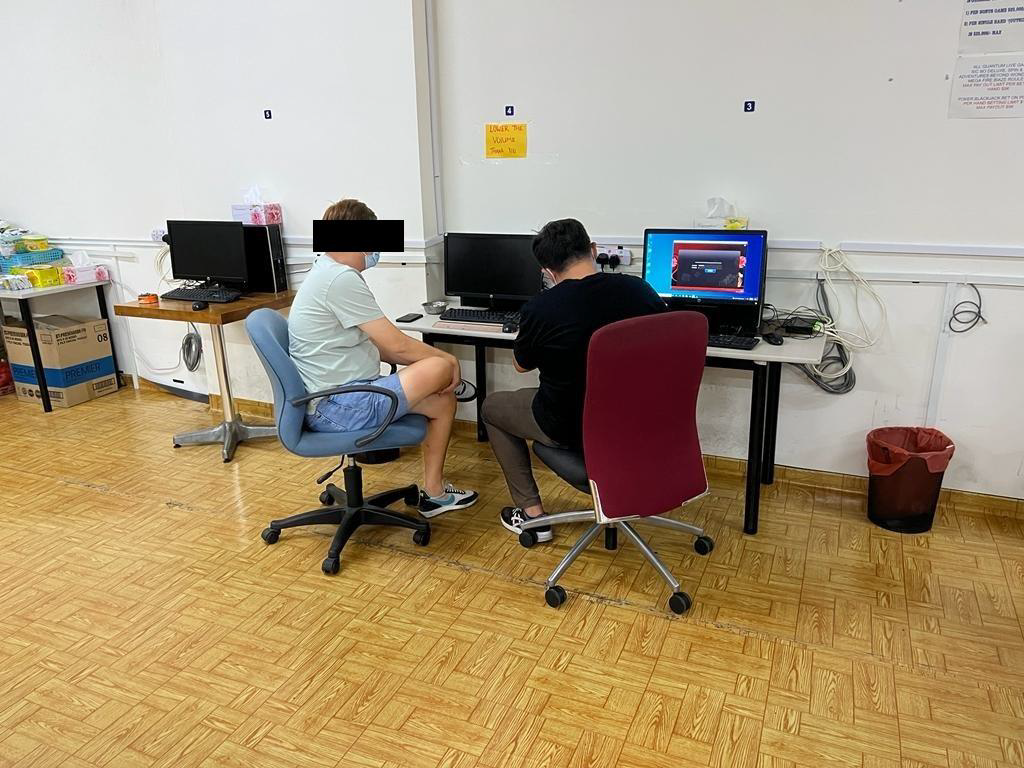 Within the persons found in the unit, a 65-year-old man, who was believed to be the operator of the outlet, will be investigated for offences under the Public Entertainments Act and Liquor Control (Supply and Consumption) Act.

The operator and five patrons are being investigated for offences under the COVID-19 (Temporary Measures) (Control Order) Regulations.

For non-compliance with safe distancing measures, those found guilty may be jailed for up to six months, fined up to $10,000, or both.

In enforcement efforts against illegal gambling, the police conducted enforcement operations at a commercial unit located along Ubi Avenue 3 and found a total of five men and a woman, aged between 42 and 62, purportedly engaging in gambling-related activities.

They were subsequently arrested for their suspected involvement in offences under the Remote Gambling Act.

Cash amounting to $950, computer terminals used in the commission of the offence, and various gambling-related paraphernalia were seized.

Anyone in Singapore found guilty of gambling using remote communication and using a remote gambling service that is not provided by a person otherwise exempt, can be fined up to $5,000, jailed for up to six months, or both.

Those who assist in providing unlawful remote gambling service for another can be fined from $20,000 to $200,000, jailed for up to five years, or both.

Two men, aged 29 and 43, were found to be in possession of substances believed to be unregistered health products consisting of an assortment of cough syrup and sexual enhancement products.

E-vaporisers and their accessories were also allegedly recovered from the men. Substances with a street value of close to $9,000 were also seized. 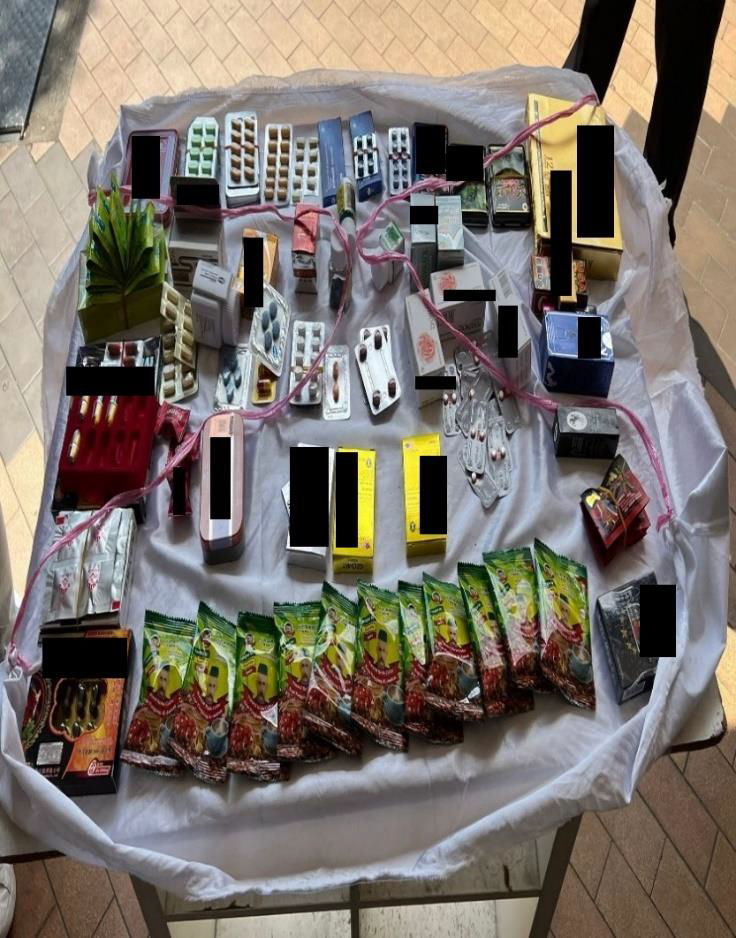 Photo of unregistered health products which were seized. PHOTO: SPF

The men will be investigated for various offences under the Health Products Act and Tobacco (Control of Advertisements and Sale) Act.

If found guilty of importing, manufacturing and/or supplying unregistered health products, they can each be jailed for up to two years, fined up to $50,000, or both.

Additionally, for possessing, using and purchasing such items, offenders are liable to a fine not exceeding $2,000.

Officers from the Singapore Customs conducted enforcement against duty-unpaid cigarettes as well.

A total of 30 packets and 15 sticks of duty-unpaid cigarettes were seized as part of the operation.

Investigations against all the 34 individuals are ongoing.

"Persistent and strong enforcement are key to keeping the Geylang Lorongs safe and secure, and will require the continued effort of the various law enforcement agencies," said Lee Ting Wei, Commanding Officer of Geylang Neighbourhood Police Centre and Deputy Superintendent of Police.

"The police will continue to work closely with our community partners to prevent, deter and detect illegal activities in the Geylang Lorongs."