$32m scam: ICA responds to questions on how couple managed to flee S'pore 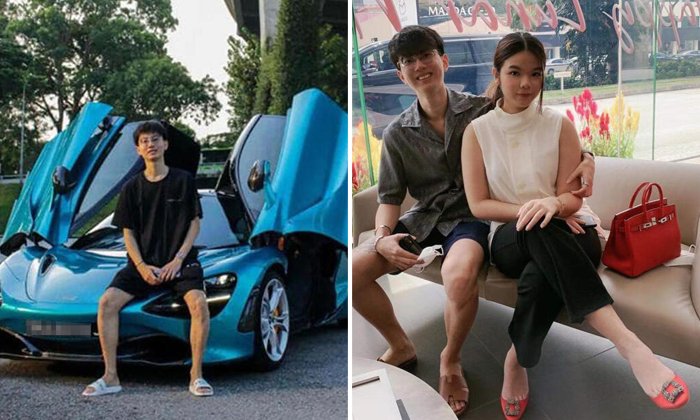 Conducting checks on all departing vehicles will have significant impact on trade and travel at the land checkpoints and severely worsen the traffic situation there, said the Immigration and Checkpoints Authority (ICA).

It was responding to queries from The Straits Times on Saturday (July 23) about how the couple allegedly involved in a luxury goods scam managed to flee Singapore early this month.

The spokesman said: "Our land checkpoints are one of the busiest land crossings in the world, where about 200,000 travellers depart daily pre-Covid-19."

"It would also disrupt trade flows between Singapore and Malaysia. A more balanced approach has therefore been adopted," said ICA.

The spokesman explained that ICA conducts regular and random operations on departing vehicles daily to deter and detect attempts by people to depart Singapore illegally.

Enhanced checks will also be conducted on departing vehicles in the aftermath of major security incidents to prevent the perpetrators from leaving Singapore.

ICA told ST that an example of a major security incident in Singapore would be a terrorist attack inland and thus the need to conduct enhanced checks to stop the terrorists from leaving.

"Targeted and thorough checks may also be conducted on those departing based on risk profiling and information received. While the checks may not be 100 per cent, they are not minimal or negligible in number," said the authority.

The spokesman added that adopting a risk management approach to balance security checks and facilitate smooth departure clearance at the checkpoints is a common practice internationally.

"Safeguarding Singapore's borders against the entry of smuggled, illegal or undesirable persons and goods, and especially security-sensitive items, is the key priority for ICA," said the spokesman, adding that it checks all vehicles arriving here.

Last week, the authorities said the couple, who allegedly failed to deliver luxury goods worth about $32 million to customers, fled Singapore in a container compartment of a lorry on July 4.

A 26-year-old Singaporean, Mr Pi Jiapeng, was arrested on June 27 for his suspected involvement in cheating offences. His passport was impounded and he was released on bail the next day.

His wife, Thai national Pansuk Siriwipa, 27, was not arrested but was assisting the police with their investigations. She surrendered her passport to the police on June 30.

Mohamed Alias, a 40-year-old Malaysian man who helped the couple leave the country, has been charged.