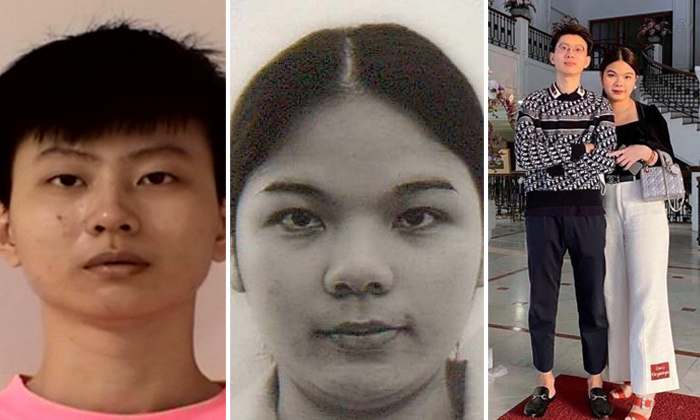 The police have revealed the identities of a couple who allegedly failed to deliver luxury goods worth about $32 million to customers and are appealing for information on their whereabouts.

The police said on Wednesday night (July 20) that the couple are a 26-year-old Singaporean man, Pi Jiapeng, and a 27-year-old Thai woman, Pansuk Siriwipa.

They fled the country on July 4 in the container compartment of a lorry, authorities said on Wednesday.

Warrants of arrest and Interpol red notices have been issued against them.

The police are also investigating allegations of cheating involving Tradenation and Tradeluxury, two companies associated with the couple.

An ICA spokesman said on Wednesday afternoon that a 40-year-old Malaysian, Mohamed Alias, had helped the couple leave Singapore illegally.

The spokesman said the man allegedly hid the woman and her husband in a lorry’s container compartment. His case has been adjourned to Friday.

ICA said it takes a serious view of attempts to enter or depart Singapore illegally and is working closely with the relevant authorities on this case.

The police arrested Pi on June 27 for his suspected involvement in cheating offences. His passport was impounded and he was released on bail the next day, pending the completion of investigations.

His wife, Siriwipa, was also assisting the police with investigations and surrendered her passport to the police on June 30. The couple subsequently became uncontactable, said the police.

At least 180 reports have been lodged since June against the couple. Their victims claimed they had made advance payments for luxury watches or luxury bags to the couple, who failed to deliver them.

The police said it is working closely with foreign law enforcement counterparts to trace the couple and the criminal proceeds.