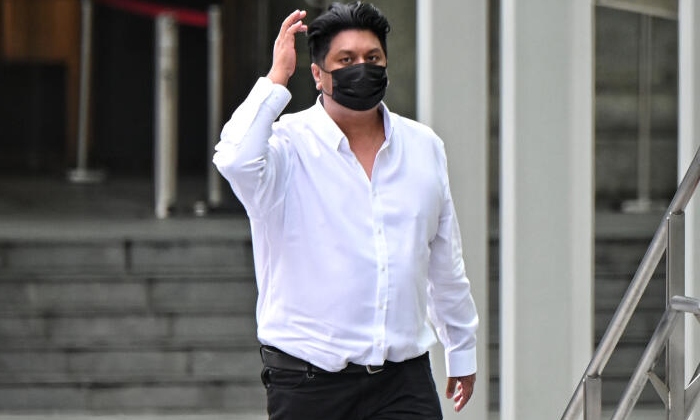 YouTuber Darryl Ian Koshy, who committed various sexual offences, including offering cash to a boy aged below 18 for sexual services, was jailed for 32 weeks on Friday (Aug 5).

Better known as Dee Kosh, the 33-year-old will begin serving his sentence on Friday.

Koshy had pleaded guilty in May to one charge of offering cash to a minor for sexual services, and to another charge under the Children and Young Persons Act for the attempted sexual exploitation of a young person.

He had also pleaded guilty to a charge under the Films Act for filming himself in 2016 or 2017 engaging in sex acts with a man aged between 23 and 25.

Four other charges were taken into consideration during his sentencing.

On Wednesday, Deputy Public Prosecutor Lim Ying Min had sought a sentence of five to eight months' jail, saying Koshy's offences were highly premeditated as he had deliberately and persistently sought out minors.

The DPP said Koshy had used and capitalised on his status as a radio presenter and influencer to lure his victims.

Koshy's lawyer, Mr Johannes Hadi, had argued for his client to get a sentence of 2½ months' jail, highlighting Koshy's remorse with low prospects of reoffending.

For offering cash to a youngster below 18 in exchange for sexual services, Koshy could have been jailed for up to two years and fined.

For the attempted sexual exploitation of a young person, he could have been jailed for up to five years, fined up to $10,000, or both.