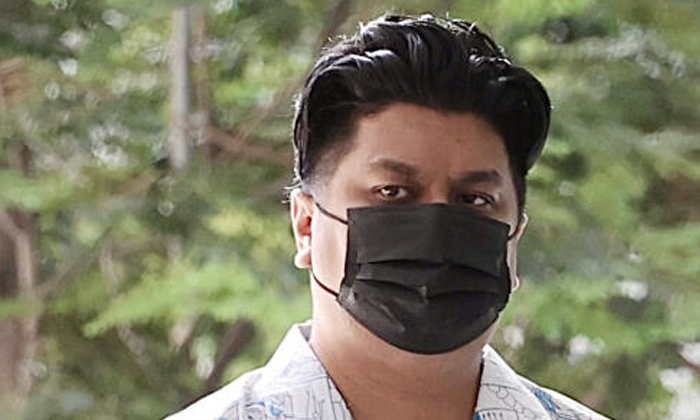 YouTuber Darryl Ian Koshy, better known as Dee Kosh, who offered cash to a boy below 18 for sexual services, was convicted on Monday (May 30).

The 33-year-old pleaded guilty to one charge for the offence and another charge under the Children and Young Persons Act for the attempted sexual exploitation of a young person.

He also pleaded guilty to a charge under the Films Act for making an obscene film. He had filmed himself in 2016 or 2017 engaging in sex acts with a man aged between 23 and 25.

Four other charges will be taken into consideration during his sentencing.

Koshy was asked to attend medical examinations at the Institute of Mental Health before he is sentenced.

Deputy Public Prosecutor Lim Ying Min said that while shooting a video on Feb 14, 2017, Koshy approached a 16-year-old boy who was selling flowers outside Takashimaya department store in Orchard Road for a short chat.

Later that month, he posted a picture of the teen on his social media and asked if anyone knew him. One of the boy’s friends told him about the post and asked if he could share his number with Koshy.

Koshy contacted him on WhatsApp and asked for his age. After the boy claimed he was 17, Koshy suggested that the boy work for him and said he would teach the boy about production work, how to take selfies and help him gain confidence.

After finding out that the boy did not have a girlfriend, Koshy initiated a “question game” and the conversation started to involve topics of a sexual nature.

Eventually, Koshy told the boy that he had an “indecent proposal”, before suggesting that they move their conversation to messaging app Snapchat.

Koshy asked what it would take for the teen to allow someone to perform a sex act on him. The boy asked if that someone was male or female, and Koshy replied that it did not matter, since he would be blindfolded and unable to see anything.

Despite the boy saying that the gender mattered, Koshy tried persuading him and added that the act would take no more than 15 minutes.

Koshy eventually told the teen that the person doing the sex act would actually be him. After that, the boy was insistent on not letting Koshy perform a sex act on him.

The boy rejected the offers. The conversation was recorded by his roommate using another handphone before the boy ceased communications with Koshy.

On March 6, 2018, Koshy messaged a 15-year-old boy using his verified Instagram account and asked the boy if he was in school and if he was 15. The victim confirmed his age.

Moving the conversation to messaging service Telegram, Koshy offered the boy $100 to $250 to perform a sex act on him.

Over four months, Koshy made four sexual offers to the victim. He also offered to fetch the boy to his house so that the sex act could be performed.

Although the boy did not cease communications with Koshy immediately out of fear of offending him, the boy gradually stopped talking to Koshy. He did not agree to Koshy’s requests for sexual services.

On Aug 15, 2020, a 21-year-old man - not one of Koshy’s prior three targets - posted on his Instagram page that he had been sexually harassed by Koshy. Shortly after, more victims came forward and shared their encounters with the accused on social media.

Koshy was arrested by police officers on Oct 5, 2020, at his home. Thirty-one obscene videos were found in the devices seized.

DPP Lim said none of the victims reported the matter to the police immediately after the incidents but realised they were not the only ones targeted by Koshy after seeing the 21-year-old’s Instagram post.

She added: “They each thought they were the only ones whom the accused offered paid sexual services to and were afraid of the consequences of going against the accused whom they all viewed to be a celebrity with a large following.”

Koshy, who was present in court on Monday, was represented by Mr Johannes Hadi.

Koshy was famous for making parody music videos and for his stand-up comedy.

Accusations against him first made the headlines in 2020.

In an earlier statement, NOC had said that all further collaborations with Koshy had been put on hold indefinitely.

Several other companies Koshy had previously worked with, including Huawei, foodpanda and Lenovo, had said their engagements with him had ended.

Power 98 FM, where he used to host weekday night shows, said in 2020 that he had been put on leave. A So Drama! Entertainment spokesman said on Monday that he is no longer working with the station, which is one of the media company’s brands.

For each count of offering cash to a youngster below 18 in exchange for sexual services, he could have been jailed for up to two years and fined.

For the attempted sexual exploitation of a young person, he could have been jailed for up to five years, fined up to $10,000, or both under the Children and Young Persons Act.