Dee Kosh, accused of offering cash to boys below 18 for sexual services, expected to plead guilty 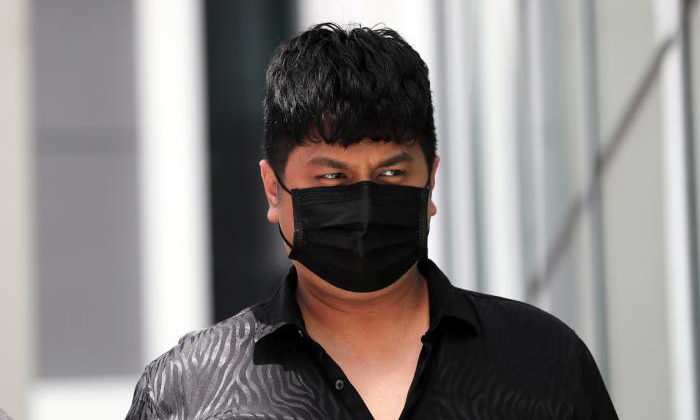 YouTuber Darryl Ian Koshy, better known as Dee Kosh, who is accused of multiple offences including offering cash to boys below 18 for sexual services, is expected to plead guilty, a district court heard on Tuesday (Jan 25).

The 33-year-old Singaporean's case has been adjourned to March 10.

He is accused of three counts of offering cash to boys below 18 for sexual services.

He is also accused of three offences under the Films Act and one under the Children and Young Persons Act.

His alleged offences involved at least four boys aged between 15 and 17.

Koshy is accused of offering $2,000 to a 16-year-old in February 2017 in exchange for allowing him to perform oral sex on the teenager.

According to court documents, between March and June 2018, Koshy allegedly attempted to procure an indecent act from a 15-year-old by asking the latter to perform sexual acts in exchange for an undisclosed sum of money.

The YouTuber is said to have offered $1,000 to a 17-year-old in July that year in exchange for oral sex from the teenager.

Court documents did not state if the alleged victims accepted the offers.

Koshy made a name for himself with parody music videos and won notice for his stand-up comedy.

Accusations against him first made the headlines in 2020. At the time, he had 380,000 followers on his YouTube channel and was known for food reviews on the Night Owl Cinematics (NOC) YouTube channel.

In an earlier statement, NOC said it received a request from Koshy's management "for him to be released of any professional service engagement with us".

It added: "We can confirm that he has no outstanding or ongoing projects with NOC at present. All further collaborations with Dee Kosh have been put on hold indefinitely."

Several firms that Koshy previously worked with, including Huawei, foodpanda and Lenovo, also said earlier that their engagements with him had ended.

Power 98, where he used to host weekday night shows, said in 2020 that he had been put on leave and that the radio station "does not tolerate any form of harassment".

For each count of offering cash to a youngster below 18 in exchange for sexual services, an offender can be jailed up to two years and fined.