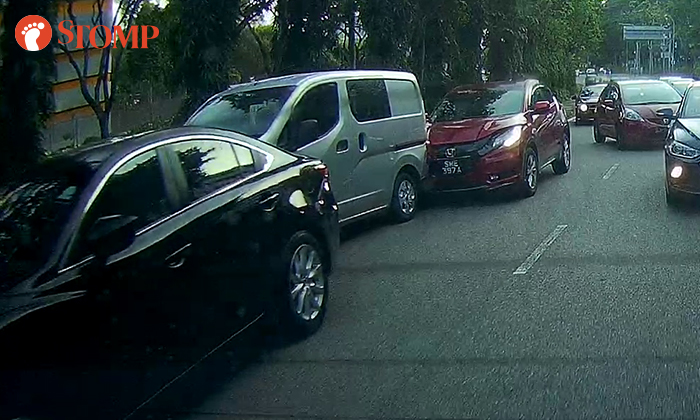 A chain collision involving two cars and one van occurred along Toh Guan Road towards the Pan Island Expressway on Wednesday evening (Jan 15).

Stomper Chua was driving when he witnessed the accident.

He contributed footage from his in-car camera which indicated that the accident happened at about 6.22pm.

"As I was slowing down and coming to a stop, I saw to my right that the red car did not slow down and ended up hitting the van in front," said Chua.

In the video, the red Honda can be seen colliding into the van. The van then hits a Mazda.

"I was thinking about how this could happen as the speed was very slow and the van in front had already slowed to a stop.

"There was still a huge distance between the red car and the van.

"I'm thinking if the driver of the Honda had taken his/her eyes off the road."

Stomp understands that the parties involved settled the matter privately.