4 taken to hospital after 2 cars collide at Hougang junction 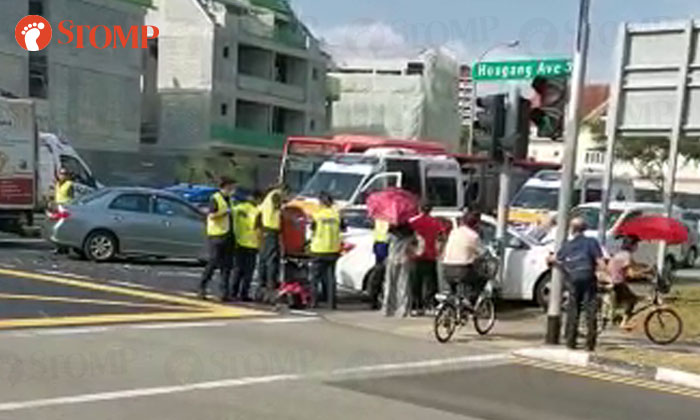 A Stomper alerted Stomp to the accident and shared footage he took as he was passing by the scene.

In the video, debris is seen scattered on the road.

Paramedics are seen helping a woman out of a white car and onto a stretcher.

In response to a Stomp query, the police said they were alerted to the accident at about 4.02pm.

"The two drivers, a 65-year-old man and a 23-year-old woman, were conveyed conscious to Tan Tock Seng Hospital," a police spokesman said.