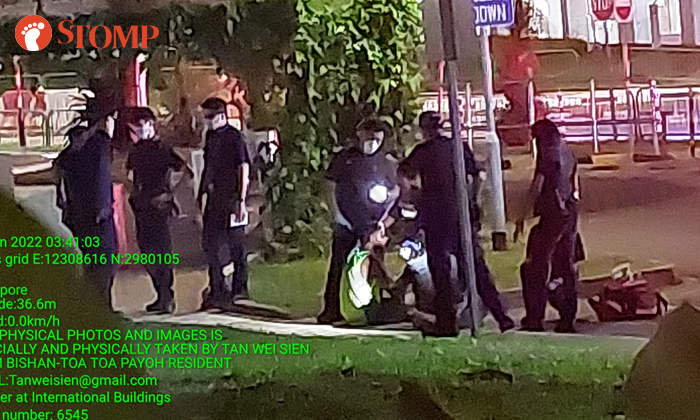 A fight broke out among a group of revellers who had apparently been drinking alcohol in Toa Payoh in the early hours of Sunday (Jan 16).

Stomper Wei Sien said he saw a group of people drinking alcohol and getting into a fight at Block 75 Toa Payoh Lorong 5 at around 3.30am, prompting him to call the police.

He added: "Investigators came down to take everyone's statements."

The police told Stomp that they were alerted to a fight at 3.25am.

Upon their arrival, police officers found a group of nine individuals in a commotion at the block.

A 20-year-old man was conscious when taken to hospital.

Police investigations into a case of voluntarily causing hurt, possible breach of safe distancing measures under the COVID-19 (Temporary Measures)(Control Order) Regulations 2020 and breach of the Liquor Control (Supply and Consumption) Act 2015 are ongoing. 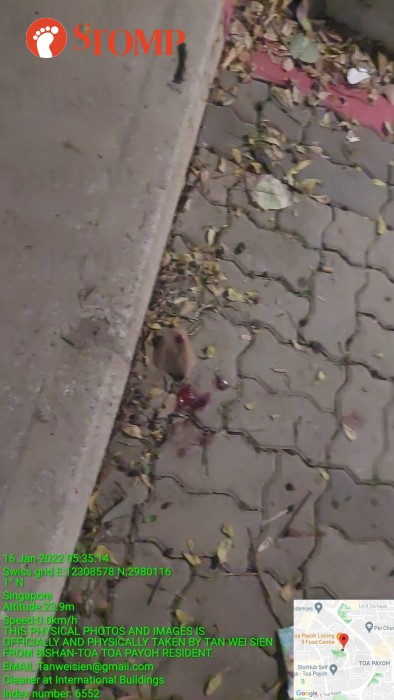 Videos that Wei Sien shared show several men shouting loudly and hurling vulgarities at the scene while police officers tried to separate them.

Another video also shows officers attending to a man next to an ambulance.

In one photo, what appears to be blood can be spotted on the ground.