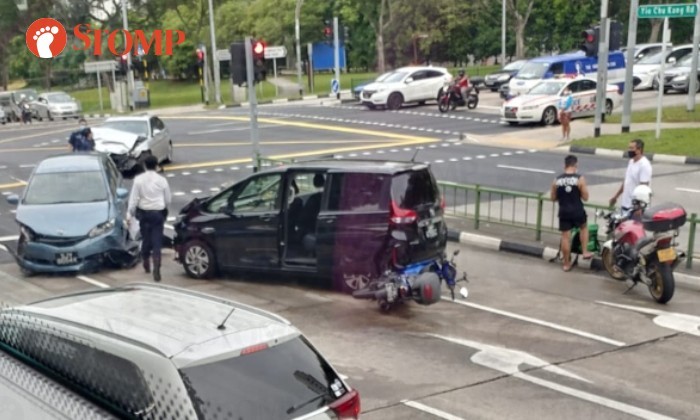 Three people were taken to hospital after an accident involving three cars and a motorcycle at the junction of Buangkok Green, Yio Chu Kang Road and Ang Mo Kio Avenue 5 on Friday (Oct 9).

Stomper Steven was on a bus when he noticed the accident scene. 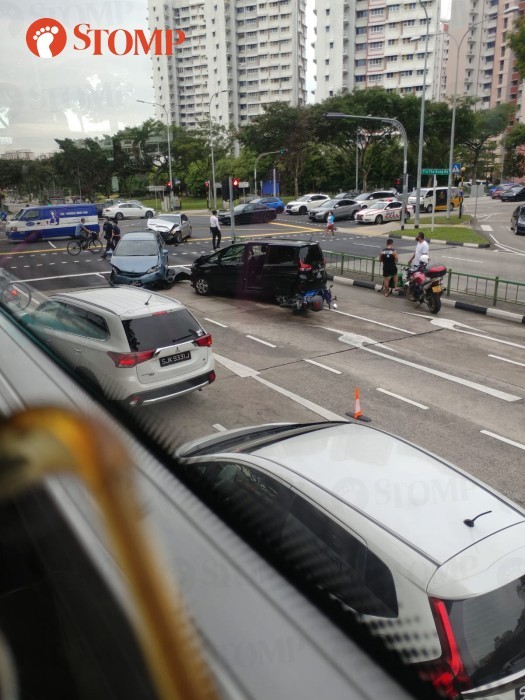 Photos show a motorcycle lodged at the rear wheel of a black car.

A silver car can also be seen in the middle of the junction with its hood severely damaged.

"I informed Stomp about this ten minutes after I spotted the damaged vehicles," Steven said.

In response to a Stomp query, the Singapore Civil Defence Force (SCDF) said they were alerted to the accident at 4pm.

The police also said in a statement that they were alerted to the accident at 3.59pm.

"A male car driver, a female car driver and a female motorcyclist, aged between 27 and 33, were conscious when conveyed to Sengkang General Hospital," added the police.