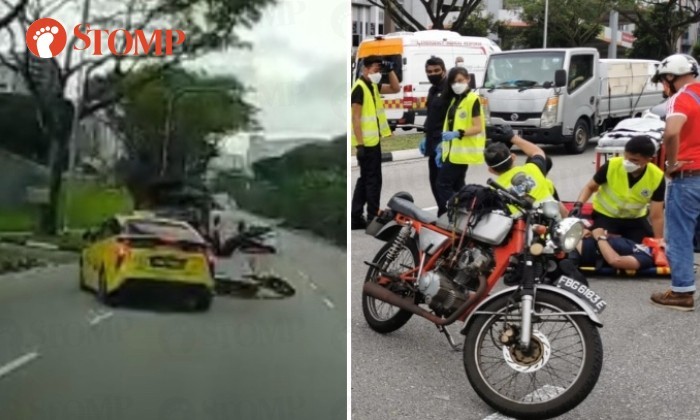 A motorcyclist flew right into a taxi after getting hit by a van at the junction of Gambas Crescent and Gambas Avenue on Thursday (Oct 8).

Stompers Mike, Sarah and Edmund shared circulated photos and a video of the accident.

In the video, a van can be seen hitting a motorcycle as it was turning into the main road from another lane.

The motorcycle then flew straight into a taxi.

"According to the video, the van did not give way to the motorcycle and caused the motorcycle to crash into a taxi that was travelling along the other lane," Sarah said. 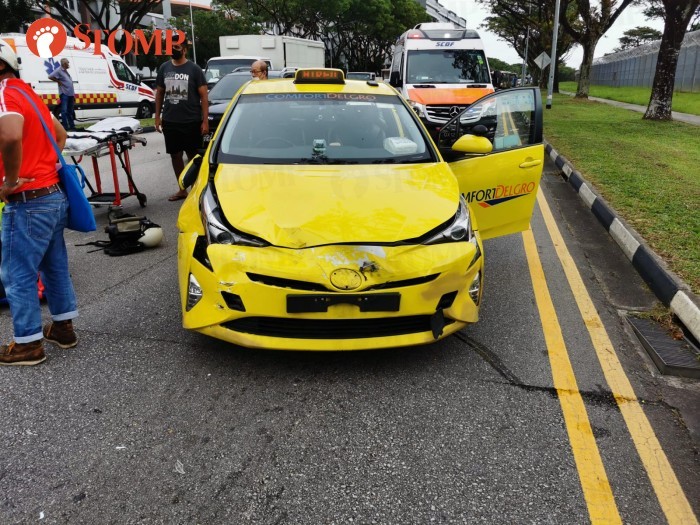 In response to a Stomp query, the police said they were alerted to the accident at 4.53pm.