3 taken to hospital after accident involving 2 lorries on AYE 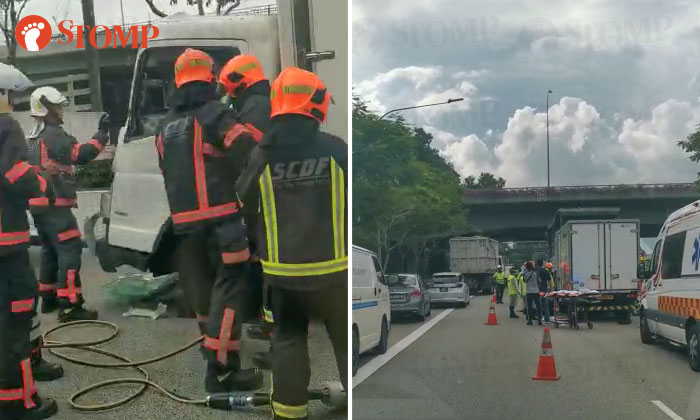 Three men, aged 34, 38 and 41, were taken to hospital after an accident involving two lorries long the Ayer Rajah Expressway towards Tuas on Tuesday afternoon (Apr 7).

Stomper Freddie alerted Stomp to the incident and shared a video showing police and Singapore Civil Defence Force (SCDF) vehicles at the scene.

In the video a man is heard saying in Hokkien: "Three to four lanes are closed".

"Jialat ah, the lorry person is stuck inside."

In response to a Stomp query, the police said they were alerted to the accident at 4.33pm.

"The two male drivers, aged 34 and 38, and a 41-year-old male passenger were conscious when conveyed to National University Hospital," a police spokesman said.