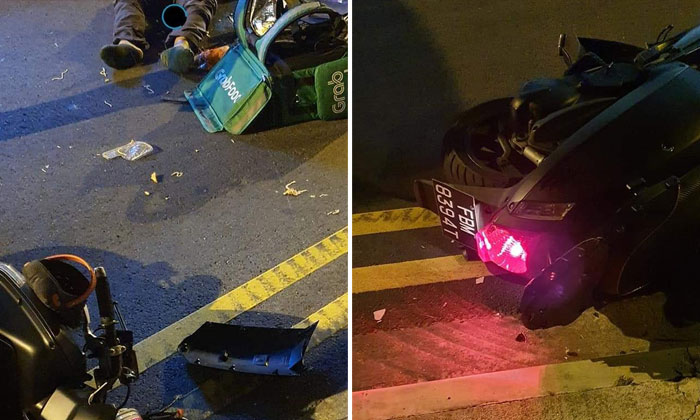 A 36-year-old motorcyclist died after he was hit by a taxi along Bedok South Road towards Bedok North Avenue 1 on Saturday night (Apr 4).

Stomper Ah Boy alerted Stomp to photos of the accident that were posted on Facebook.

The motorcyclist is believed to be a GrabFood rider. In the photos, a motorcycle and GrabFood bag are seen lying on the road.

In response to a Stomp query, the police said they were alerted to the accident at 11.30pm.

"The 36-year-old motorcyclist was unconscious when conveyed to Changi General Hospital, where he subsequently passed away," a police spokesman said.