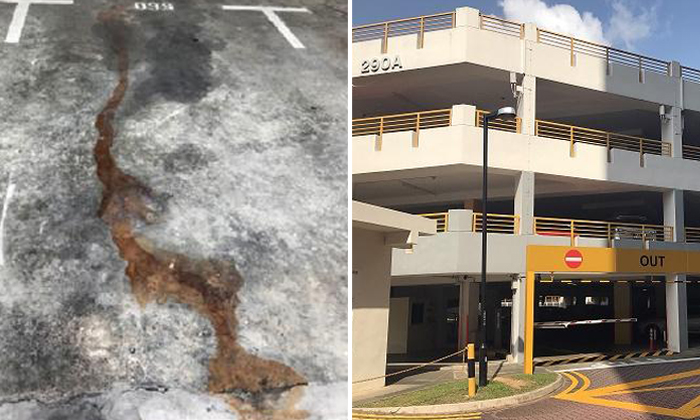 A fight that broke out at the carpark of Block 290 Bishan Street 24 on Monday afternoon (July 23) resulted in the arrest of three teenagers and five others being taken to hospital.

The incident occurred at around 4pm and involved more than 10 students from the same secondary school in Bishan.

According to Shin Min Daily News, the altercation was between two groups of students and was triggered by a disagreement over an online posting.

The students had been at the carpark for a "negotiation", which soon escalated into a violent fight that lasted for at least 10 minutes.

They scattered when police arrived at the scene.

A 60-year-old housewife who lived at the block said she had gone downstairs to wait for her granddaughter at around 5.20pm, when she saw over ten students running out from the carpark, seemingly trying to evade the police's pursuit.

"The moment I went downstairs, I saw the ambulance and police. A big group of boys then came running out of the carpark," she told Shin Min.

She added that the students were in their school uniforms, allowing her to immediately recognise which school they were from.

Another witness, who declined to be named, said she heard ten minutes of shouting at around 4pm. There was also the sound of metal rattling, which she believes was from an iron railing being kicked.

When she looked out, she noticed several students gathered on the third floor of the carpark, chasing and fighting one another. The scene left her frightened, she added.

Shin Min reporters who visited the scene the following day (July 24) saw a blood trail of around three metres long at the carpark.

In response to a Stomp query, the police said they were alerted to a case of rioting at the carpark at 5.07pm.

"Three other male teenagers, aged between 16 and 17, were arrested in relation to the case."