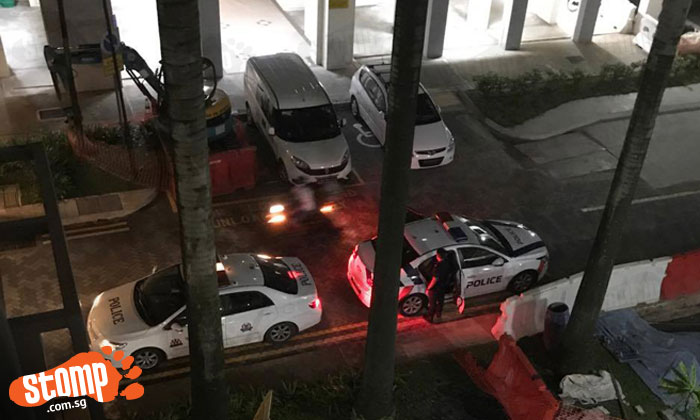 Nine youths aged between 14 to 16 were arrested for rioting at Block 363 Woodlands Avenue 5 on Apr 27.

Stomper Jaysonn alerted us to the incident when he saw several police officers and a group of students at his flat's void deck at around 8.30pm.

"I overheard that a fight had broken out among those students and some of them were even still wearing their school uniforms," said Jaysonn.

"Before I had reached home, my mother told me that she heard a lot of shouting and a commotion coming from the void deck."

In response to Stomp's queries, a police spokesperson said:

"Nine persons aged between 14 and 16 were arrested in relation to the case.