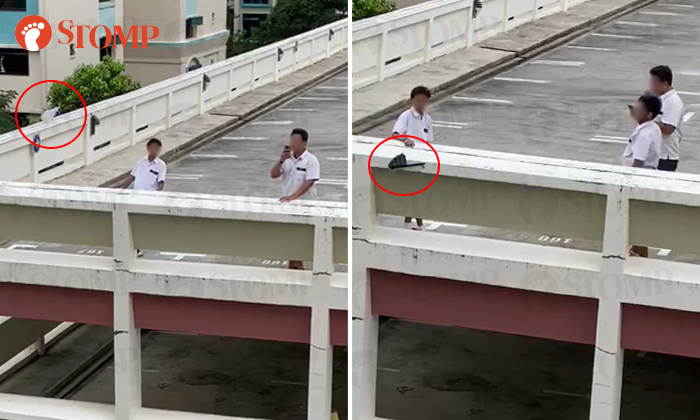 Three 13-year-old boys who were caught on camera throwing killer litter down a multi-storey carpark in Toa Payoh are currently assisting with police investigations.

Stomper E witnessed the incident taking place on the roof of the carpark at Block 60A Lorong 4 Toa Payoh on Wednesday (July 29), at around 5.15pm.

E, a resident in the vicinity, told Stomp: "I was cooking when I heard the loudest sound from the carpark and saw these kids playing on the roof.

"After that, I saw them starting to throw heavy things down the block.

"It was very dangerous so I started recording a video in case someone got injured."

A video that E submitted to Stomp shows the trio, who were in their school uniform, on the roof of the multi-storey carpark.

One of the boys can be seen picking up an unidentified white object and throwing it down the block, causing it to land with a loud crash. 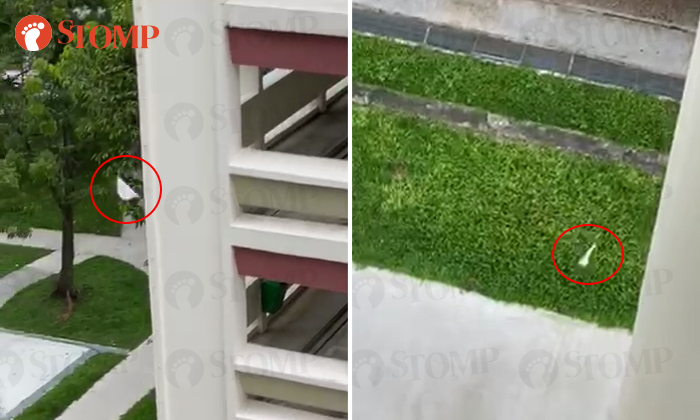 The same boy then picks up a metal object and bangs it against the ledge several times, and louds clangs can be heard.

He then pushes the metal object off the ledge, causing it to hit the roof of the sheltered walkway below before landing on a grass patch at the foot of the block. 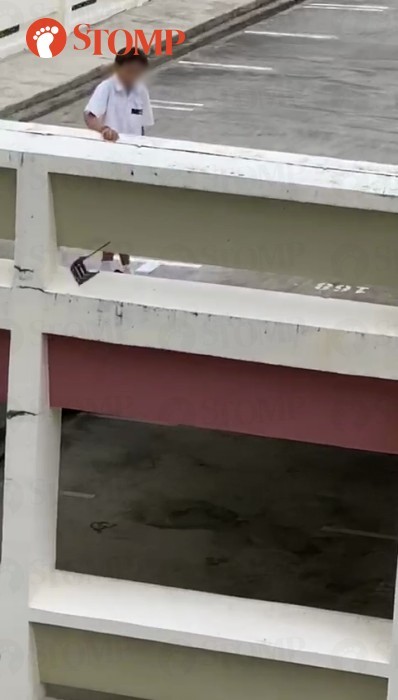 The students eventually leave the scene.

According to Eric, the boys were in the act for around 10 minutes and police officers subsequently arrived at the scene.

In response to a Stomp query, the police said they were alerted to a case of mischief and rash act at the multi-storey carpark at 5.21pm.