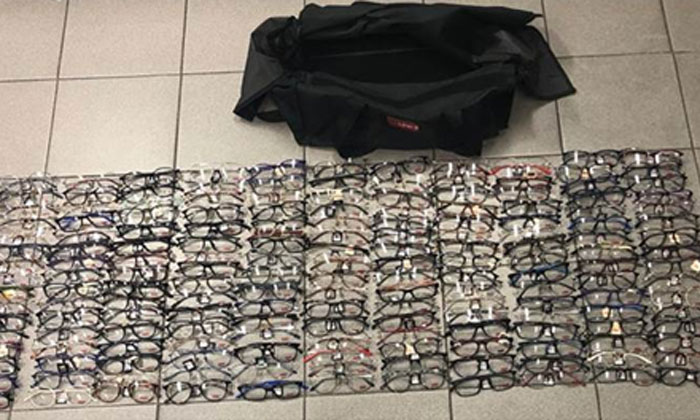 Three men, aged between 22 and 38, were arrested for allegedly stealing spectacle frames and electronic appliances from an office at Moonstone Lane, the police said in a statement.

They received a report on June 24 at about 11.30am that an office had been broken into.

Two of the suspected housebreakers were arrested on the same day at about 11pm along Ang Mo Kio Avenue 3 and Hougang Street 91.

Following the arrest of the two men, the police discovered that the stolen spectacle frames were with a third suspect.

About 450 stolen spectacle frames worth about $50,000 were recovered.

The two suspected housebreakers will be charged in court on Wednesday.

If found guilty, they face between two and 14 years' jail.