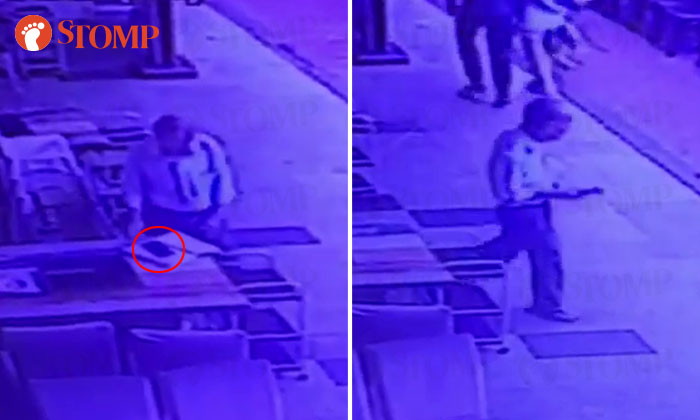 An elderly man was caught on video taking a phone that was left on a table outside a hot pot restaurant at Bugis Cube on Tuesday evening (June 18).

Stomper Carine, an employee at Jiu Gong Ge Hot Pot, alerted Stomp to the incident and shared CCTV footage taken at about 6.20pm.

In the video, the man is seen walking over to the table on which the phone is lying on an open book.

He closes the book with the phone inside and walks out of the video frame with both items.

He is then seen returning the book to the table but not the phone.

Carine told Stomp that the phone belongs to another restaurant worker.

"It was placed on the table for not more than three to five minutes," she said.

"The old man is so daring!"

She added that a police report has been made.