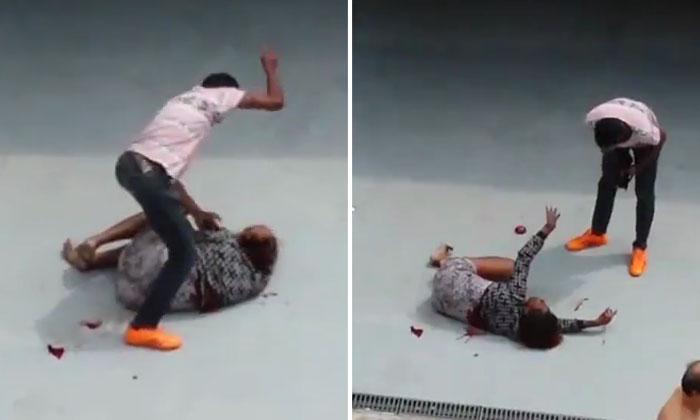 A 29-year-old man has been arrested for allegedly stabbing a 26-year-old woman in Geylang on Dec 30.

He was arrested for voluntarily causing grievous hurt by a dangerous weapon, the police said in a news release yesterday evening.

The police received a report that a man had stabbed a woman along Lorong 16 Geylang on Dec 30 at 11.49am.

They arrested the suspect along Guillemard Road on the same day at 12.16pm.

The Straits Times understands that the woman is the man's wife.

She was walking along the road with another man and had just parted ways with him when the incident occurred.

Several Stompers alerted Stomp to a video of the incident that was posted on Facebook by Jen Bensoy.

The man was seen standing over the woman and shouting at her as she lay on the ground with what looked like blood seeping through her shirt.

He snatched her handbag before running away.

Some bystanders were seen chasing after the man while others came to the aid of the woman.

It is understood that she was stabbed multiple times in the abdomen.

The woman is hospitalised at Tan Tock Seng Hospital and is believed to be in a stable condition.

The suspect will be charged in court on Jan 1.