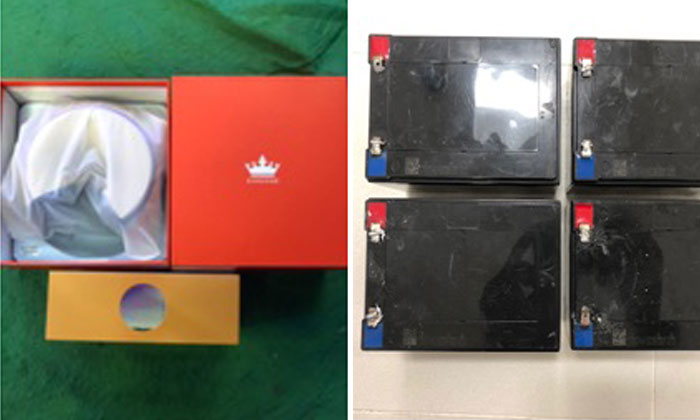 A 27-year-old man was arrested for stealing four electric bike batteries and a portable speaker in two separate theft cases.

The police said in a statement that they received a report on Mar 7 that batteries from an e-bike parked at the bicycle bay of Yew Tee MRT Station were missing.

Officers from Jurong Police Division established the identity of the man and arrested him on Mar 21 along Choa Chu Kang North.

Preliminary investigations revealed that the man is also believed to be involved in a case of shop theft at Yew Tee Point on Mar 21.

Four e-bike batteries and one portable speaker were seized as case exhibits.

The man will be charged in court on Mar 22 with theft and shop theft.

If convicted for theft, he may be jailed up to three years, fined, or both.

If convicted for shop theft, he may be jailed up to seven years and fined.